A few days ago, Black Panther actor Chadwick Boseman passed away after his prolonged battle with colon cancer. “It is with immeasurable grief that we confirm the passing of Chadwick Boseman,” the statement read."Chadwick was diagnosed with stage III colon cancer in 2016, and battled with it these last 4 years as it progressed to stage IV.” 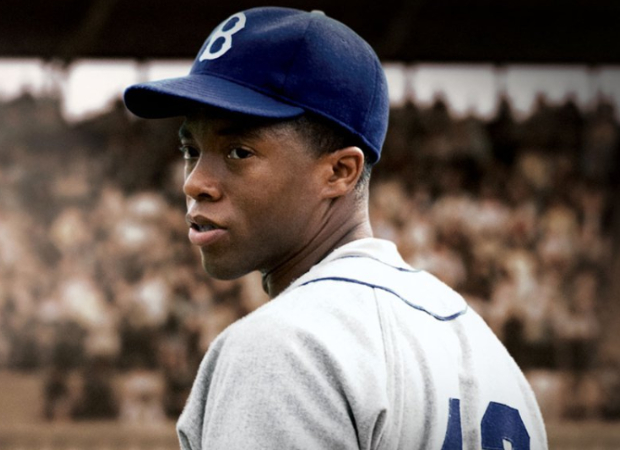 “A true fighter, Chadwick persevered through it all and brought you many of the films you have come to love so much. From Marshall to Da 5 Bloods, August Wilson’s Ma Rainey’s Black Bottom, and several more, all were filmed during and between countless surgeries and chemotherapy,” the statement continued.

“It was the honor of his career to bring King T’Challa to life in Black Panther. He died in his home, with his wife and family by his side. The family thanks you for your love and prayers, and asks that you continue to respect their privacy during this difficult time,” the statement read.

As a tribute, his film 42 will be re-released in US theatres. According to Variety, "AMC Theatres, Regal Cinemas, Cinemark, and other exhibitors will pay tribute to Chadwick Boseman, the “Black Panther” star who died last week of colon cancer at the age of 43, by screening “42.”

The report further said, "Tickets for “42” at AMC will be discounted at $5 and will be on sale by the end of Tuesday. It’s unclear what other chains will charge."

In the film, Chadwick Boseman played the role of Jackie Robinson. In 1947, Jackie Robinson becomes the first African-American to play in Major League Baseball in the modern era when he was signed by the Brooklyn Dodgers and faces considerable racism in the process.

Chris Pratt to reprise the role of Star-Lord…