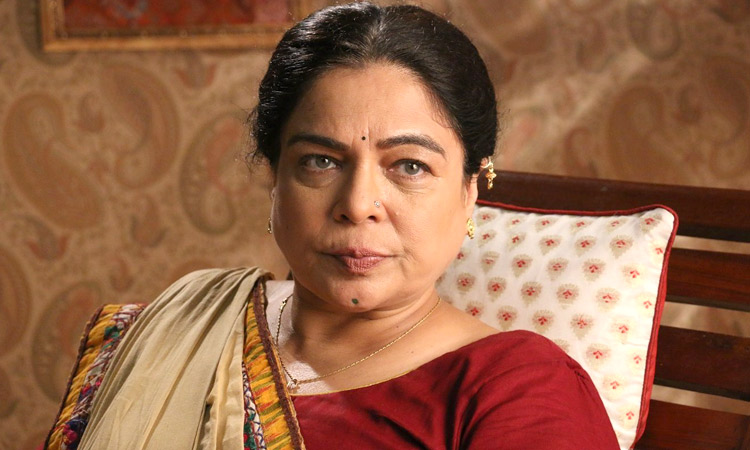 Veteran actress Reema Lagoo, known for her many roles in Bollywood, recently breathed her last at a suburban hospital in Mumbai. She was rushed to the Kokilaben Dhirubhai Ambani hospital in Andheri after she complained of a chest pain on Wednesday.

The reason for untimely demise is considered to be cardiac arrest. Leaving behind a huge body of work in Bollywood, Marathi films as well as TV shows, Reema Lagoo has won over four Filmfare awards. She was known to play mother to protagonists onscreen and playing supporting roles in films like Maine Pyar Kiya, Aashiqui, Hum Aapke Hain Koun!, Vaastav, Hum Saath Saath Hain among others.

She was also a popular TV star with cults like ‘Tu Tu Main Main’ and ‘Shriman Shrimati’ to her credit. The actress was currently a part of the Mahesh Bhatt’s prime time TV show ‘Naamkarann’ (inspired by his film Zakhm) that is being aired on Star Plus. She played the main antagonist and matriarch Dayavanti Mehta in the series.

We at Bollywood Hungama express our heartfelt condolences to Reema’s family and friends. May her soul rest in peace.