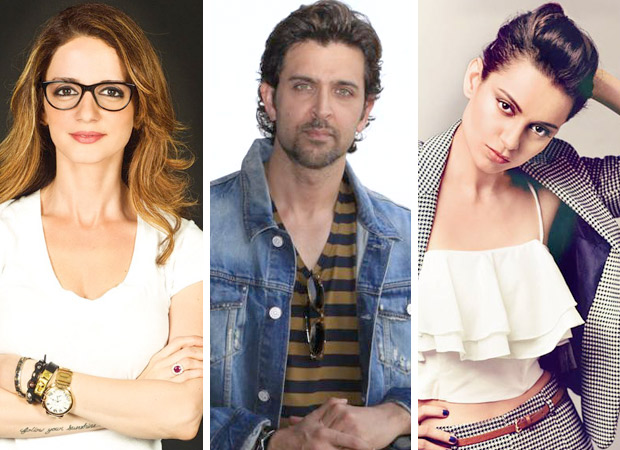 While Arnab Goswami laughs all the way to the TRP bank, the nation wants to know why Hrithik Roshan suddenly decided to speak out against Kangana Ranaut on Goswami’s channel. Looking extremely uncomfortable as he tried to open up on details of the allegedly delusional affair with Kangana, Hrithik seemed reluctant enough to speak out, almost as if someone was holding a gun to his temple and leading him up the confessional path.

So was Arnab Goswami’s considerable persuasive powers that did the trick? I ask, because until a week ago Hrithik Roshan in a private conversation told me there was no way he would open up on the matter. His words to me: “I don’t want anything to do with it…People don’t need to stand up for me. They need to stand up for the truth.”

So what made him change his mind? No, it wasn’t Arnab. According to sources very close to the Roshans, it was Hrithik’s ex-wife Sussanne Khan who convinced him to go for it. “Enough was enough and Sussanne firmly believes Kangana is making up all these stories on her alleged relationship with Hrithik. And why should she not believe him? When Hrithik had an affair with Barbara Mori, he told his wife about it. Now when she’s his ex-wife why would he hide any affair?” reasons the source.

So what forces dissolved his resolve to remain reticence? “He was determined not to speak about it at all. But Sussanne Khan convinced him to talk and talk only on one powerful platform where his voice would be heard loud and clear,” says the source.

Apparently every word that we hear Hrithik Roshan enunciate before Arnab Goswami has been well thought-out and approved by his legal team “The Roshans have had enough. It is time for them to strike back at Kangana Ranaut’s allegations. If there was an affair, prove it. Plain and simple,” says the source.