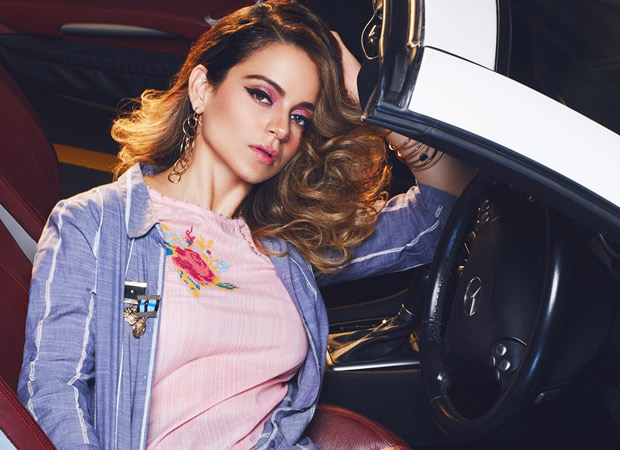 It is Kangna Ranaut versus Devika Bhise in two rival films based on the wars and conflicts of the Jhansi Ki Rani. There is some disheartening news for Kangna Ranaut, the new Queen of Jhansi in town. Her attempts to play the ultimate Warrior Queen in a film to be directed by Telugu cinema’s ace-director Krish has now been pre-empted by a US-based producer Swati Bhise.

Choreographer, danseuse, and producer Swati Bhise who served as Executive Producer in 2015’s highly acclaimed biopic The Man Who Knew Infinity on the life of mathematical genius Ramanujan, has been secretly planning her bi-lingual Hindi-English Rani Of Jhansi at a mind-boggling budget.

The Swati Bhise produced bio-pic on Jhansi Ki Rani will star her daughter the talented Indo-American Devika Bhise who played Ramanujan’s wife in The Man Who Knew infinity. Devika, it is learnt from sources close to the project, has been training in horse riding and sword fighting for the last one year.

The film to be directed by Mahesh Manjrekar stars shooting in Jhansi in September, and will be ready well ahead of Kangna’s version of the Rani Of Jhansi story entitled Manikarnika The Queen Of Jhansi.

The Manjrekar-helmed bio-pic is expected to be complete by year-end and will release in summer 2017.

Says a source close to the project, “Producer Swati Bhise intends to give her bio-pic an extensive world-wide release. The Kangna bio-pic will undoubtedly lose its global gloss once the world sees the story in another film.”

BREAKING: Akshay Kumar's next with Jagan…