After the ensemble cast of Kalank, that brings together the iconic 90s couple Madhuri Dixit and Sanjay Dutt, here's yet another announcement from Karan Johar that will leave you in mere surprise! We are talking about his latest film Takht which features Kareena Kapoor Khan, Ranveer Singh, Alia Bhatt, Janhvi Kapoor, Vicky Kaushal, Bhumi Pednekar and Anil Kapoor. 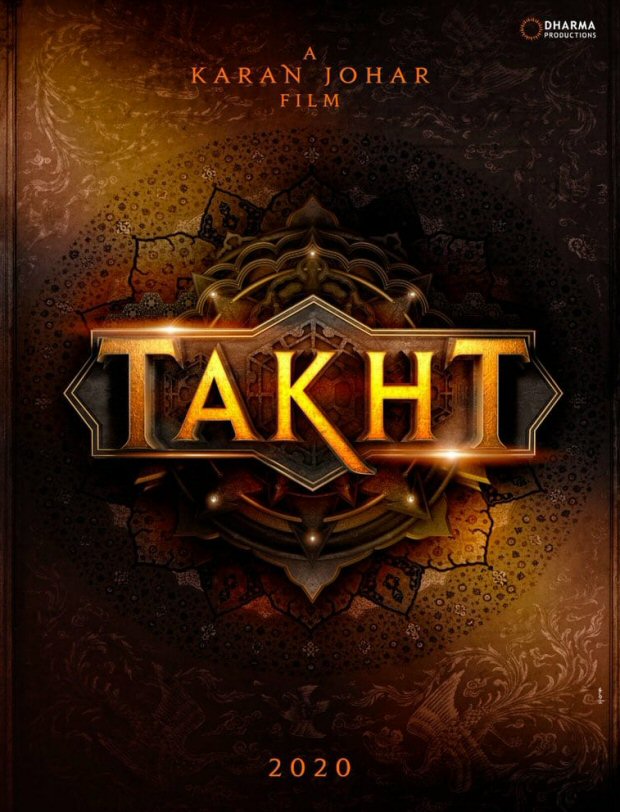 Undoubtedly, the casting is not only grand but it also induces curiosity. While not many details about the film have been revealed, Karan Johar has announced this multi-starrer by releasing a poster of names along with a few other details. He shared about the film on social media saying, "An incredible story embedded in history... An epic battle for the majestic Mughal throne... A story of a family, of ambition, of greed, of betrayal, of love & of succession... TAKHT is about WAR for LOVE...."  Also, what makes it further interesting is that the film will see the Dharma Productions head honcho Karan Johar wearing the director’s hat after 2016 when he directed Ae Dil Hai Mushkil.

Well, the cast triggers interest for more reasons than one. Ranveer Singh and Kareena Kapoor Khan were supposed to feature years before in the Sanjay Leela Bhansali film Goliyon Ki Raasleela Ram Leela. While that didn't work out, it further fueled up a few other speculations about them coming together. But eventually all those died down and now finally, we will get to see the chemistry between the Padmaavat actor and Bebo. Also, this is Kareena's second film with Karan Johar post motherhood after Good News, which was announced a few days ago. On the other hand, Takht is expected to bring back the Raazi Jodi of Alia Bhatt and Vicky Kaushal. Except Alia Bhatt, this will be the first time where everyone will be directed by Karan Johar. The casting has further surprised many due to the presence of multiple female leads. Bhumi Pednekar, Janhvi Kapoor too are a part of the film. This will be the latter's second Bollywood film after Karan Johar's last production Dhadak.

Takht is scheduled to release in 2020.

Also Read: Get over the Nepotism debate! Karan Johar is helping Bollywood by launching actors and turning them superstars of tomorrow!