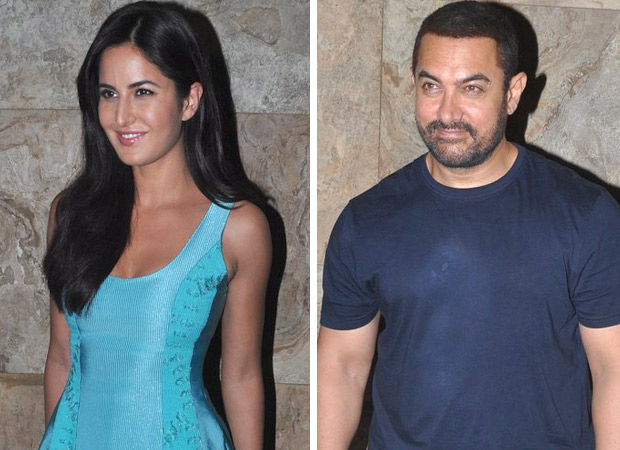 One of the big projects, which will roll out soon, will be starring two of the biggest stars of the industry – Aamir Khan and Amitabh Bachchan. It was just recently confirmed that Dangal actress Fatima Sana Shaikh who played Aamir Khan's daughter, has also been finalized for a pivotal role in the film.

The hunt for another actress is still on. It has been speculated that Katrina Kaif has been roped in for this big budget film. According to the reports, Aditya Chopra had loved Aamir Khan’s sizzling pairing with Katrina Kaif in Dhoom 3. The duo shared amazing chemistry in the film. It has also been learned that it was Salman Khan who recommended Katrina's name to Aditya Chopra. It now seems like the film has landed on her lap.

Thugs of Hindostan is produced under the banner of Yash Raj Films. It is said to have a huge budget and is slated to release in Diwali next year. Apart from that, Katrina Kaif is gearing up for the release of Jagga Jasoos in July 2017. She is also starring in YRF's Tiger Zinda Hai, a sequel to Ek Tha Tiger directed by Ali Abbas Zafar starring Salman Khan in the lead.