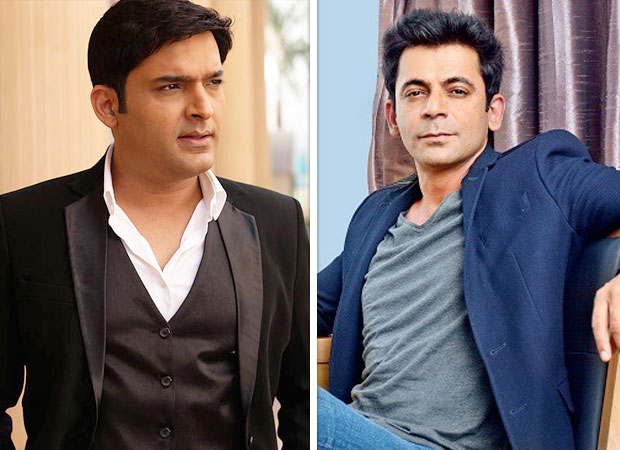 Comedian-actor Kapil Sharma was surrounded by multiple controversies this year when he ended up in a fight with fellow comedian Sunil Grover. Sunil Grover, who starred as Dr. Mashoor Gulati on The Kapil Sharma Show, was allegedly physically assaulted by Kapil Sharma in a flight from Australia to Mumbai. This resulted in a huge controversy with Sunil Grover leaving Kapil's show.

At the trailer launch of his second film Firangi, Kapil Sharma opened up about the infamous incident in detail and what actually went down. He denied that he had a fight with Sunil. He said, "I want to clarify that I did not have a fight with Sunil at all, actually. I love him. I love working with the best people. When I was doing Comedy Circus, I used to tell people, 'I met this guy Sunil Grover in 'Hans Baliye'. 'Let's get him, I saw his show, I liked him'. When you work with the best, you learn a lot."

Talking about the prior things that led to the outburst in Australia, Kapil added, "I never had a fight with Sunil. When you move with such a huge team, you have to manage a lot of things and I am really bad at it, I will say that much. Touchwood, we have been working together for many years and I would like to repeat it one more time, I didn't actually fight with Sunil Grover at all. It didn't happen. When we reached Australia, since the first day, my mood was really bad. I was juggling with so many things, I was shooting the show, film and for other things. During that time, my film's artiste died. I was shooting with him the previous day and he died the next morning. I was so nervous and turned so negative."

Kapil further said, "I was wondering if we could delay the shoot as fog in Punjab was making it really difficult to shoot. I am telling you these things to clarify why someone could lose his mind. I asked if we could cancel the Australia show. I said we will pay whatever the money is or maybe more so that they don't feel bad. But, they said that they can't as all digital tickets have been sold out and can't cancel the show."

Kapil Sharma further added, "The show starts with my name as in 'The Kapil Sharma Show'. So, small or big, any problems that occur on or off set come to me but it should not be the case as people are assigned for the same. Before the show, a girl came to me crying and complaining about another artist who happens to be my childhood friend, Chandan. I scolded and abused him and he did the same to me. The problem was sorted then and there but the artist did not perform with the girl. I had to perform for one and a half hours and that girl and boy artiste had 10-minute stints. My whole thing was, 'You are bothering me with this when I have such a long performance ahead'. I am a little impulsive. The show went well. Next day, my friend Chandan checked out of the hotel, did not meet me for five days. I wanted to meet him and apologize because he is my childhood friend, I didn't listen to the second (his) side of the story. I saw him one hour before the Australia flight and I lost it and I used cuss words again. He also abused me. "

Coming to his ugly fight with Sunil Grover, Kapil Sharma said, "Sunil was there when I was cussing at Chandan. Sunil and I, we have known each other for nine years now, and we have been working together for five years. I don't have any problem with Sunil and he happens to my favourite from our show. But, if Sunil had been in my place, I would have definitely asked one time that 'I haven't seen you like this in five years, why are you behaving weirdly like this?' Maybe nothing would have happened. But, still nothing has happened, I love him."

On the work front, Kapil Sharma is coming back with his second Firangi. Directed by Rajeev Dhingra, Firangi also stars Ishita Dutta, Monica Gill, Edward Sonnenblick and is set to release on November 24.