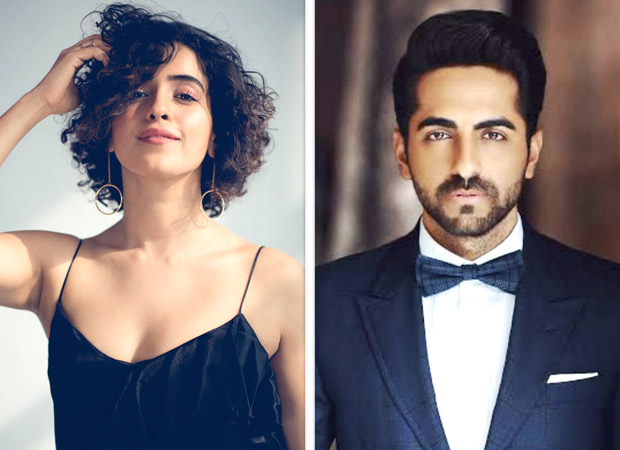 Just last week we had reported that Ayushmann Khurrana had signed on to play the lead in the film Badhaai Ho that would be directed by Amit Sharma. Well now we hear that the film which is being produced by Junglee Pictures and Chrome Pictures will also feature the Dangal girl Sanya Malhotra, who will be seen sharing screen space with Ayushmann.

As for the film Badhaai Ho is being said to be a coming-of-age story of a family as it grapples with some unexpected news. The film follows the impact of the news on the family and how the members deal with it in their own way. Confirming the same Sanya who recently wrapped up shooting for Ritesh Batra’s film titled The Photographer stated that she was excited to start work on Badhaai Ho.

Further talking about her character in the film Sanya Malhotra added that while the film is a funny quirky story she will be seen playing a bubbly girl who is Ayushmann’s colleague. Interestingly, the film will also mark Ayushmann Khurrana’s second cinematic outing with Junglee Pictures, with whom he previously featured in Bareilly Ki Barfi.

Directed by Amit Sharma, who made his directorial debut with the Arjun Kapoor–Sonakshi Sinha-starrer Tevar in 2015, Badhaai Ho is expected to commence shooting in Delhi in January 2018.