February 24 was indeed one of the darkest day in the history of Indian cinema. Indian cinema lost its first female superstar, Sridevi, and we still are not able to grapple with the loss. This tragic news has sent shockwaves in the nation as Sri’s fans are grieving over the loss. The Sadma actress is survived by husband Boney Kapoor and two daughters Janhvi and Khushi Kapoor. After a prayer meet and funeral in Mumbai, the family flew down to Rameshwaram to immerse the late actress’s ashes. Yesterday, Janhvi ringed in her 21st birthday like her mother would have wanted her to. She spent a quiet day at an orphanage and later, her half-sister Anshula surprised her with a small, intimate ceremony at her home. Cousins Sonam and Rhea Kapoor too were there. 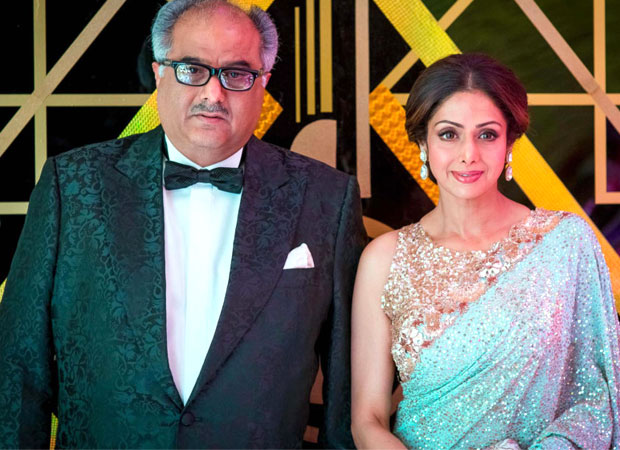 As per latest reports, Boney wants to make sure that Sridevi’s last rites are completed according to both South and North Indian customs. He would be thus holding a prayer meet at Haridwar in upcoming days. Conducting prayers at Haridwar is a significant custom for Hindus and Boney wants to ensure that he goes through the rituals at the holy place. Also instead of the 13th Day, Sridevi’s remaining last rites will be conducted on 14th day in her hometown Chennai. Looks like Boney is leaving no stone unturned to make sure that she rests in peace.

On the professional front, Sridevi was to start shooting for Karan Johar’s film Shiddat in April. Karan is also launching Sri’s daughter Janhvi in Dhadak and is also mentoring her, post her mother’s sudden death.