Vikas Gupta and Shilpa Shinde entered the house for two days and made sure that they have all the eye balls, be it from inside the house or even outside. The episodes with these two controversial ex contestants earned good viewership and why not? Last season was known for these two fighting it out. Rivals that they are, they did not leave a single opportunity to fight in the house. It was touted that both have made amends but when put in a task, their true feelings for each other surfaced and they fought like no body's business. On the day they entered, Vikas and Sreesanth had a fight where both were abusive towards each other. Shilpa supported Sreesanth. Later, there was a footage shown where Shilpa called Vikas her servant because of which there was a lot of backlash towards Shilpa. 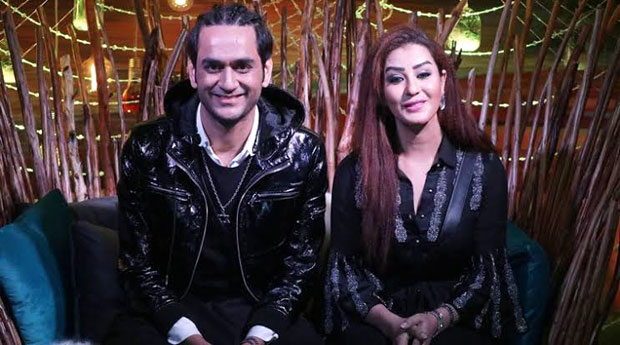 Shilpa has posted a video claiming that not everything goes on in the house is shown accurately because the makers pick and choose what is to be shown and what is not. She said that it was Vikas who kept egging her on throughout her stay and brought her to the point of total irritation. She also claimed that his behaviour is totally fake and therefore people don't know his real face.

Shilpa and Vikas were headlining two rival groups in the house. Gupta house won the task after which both celebrity contestants exited the house. Check out the video below and tell us which side you will choose.

The house is currently enjoying festive fervour with Bigg Boss arranging new and interesting Diwali related tasks for the inmates. They also got an opportunity to enjoy a live dance show and buy new clothes yesterday.