Anup Jalota and Jasleen Matharu’s love story gone wrong on many levels. First of all there is a debate whether there was even a love story between them? Anup Jalota got evicted last week and since then has been talking about how he was shocked when Jasleen declared him as her boyfriend because essentially he was just her guru. He held a press conference with her dad Kesar Matharu and declared that Jasleen faked a relationship with him. There was nothing like that between them and that he would love to do a kanyadaan for her in future. While Anup is making these revelations outside the house, Jasleen's stand inside remains unchanged. She kept on harping on the fact that her boyfriend has left and she is alone in the house, unaware of what was happening outside. 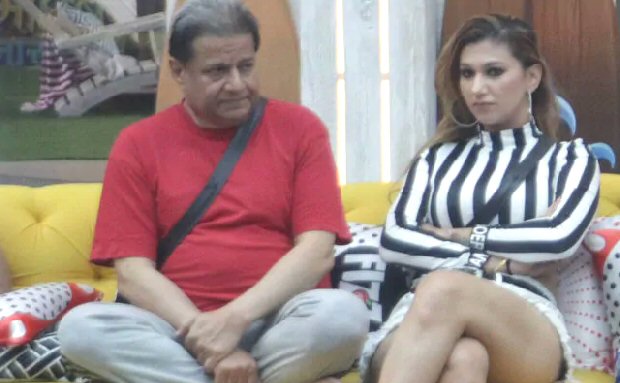 Yesterday, Shilpa Shinde came in the house as a celebrity guest along with Vikas Gupta and told Jasleen the truth. She was shocked and kept on muttering that she did not think this would happen. She also said that she doesn't understand why Anup took an about turn in front of her father and press but was equally worried about her dad being upset.

While this drama is ongoing, there is a chance that Kesar Matharu will be called in the house. He said in the press conference that makers have approached him before and they would do so again and he would like to ask Jasleen what went wrong and why did she claim that Jalota was her boyfriend. The drama is set to intensify if this happens. Log on to know more.