Bhumi Pednekar is one of the most exciting young actors in Bollywood and she is also an extremely committed performer who always gives her 200 percent for the films she chooses to do. She stands out incredibly well for her sheer hard work and versatility as an actor who has delivered superb performances every time she has faced the camera. 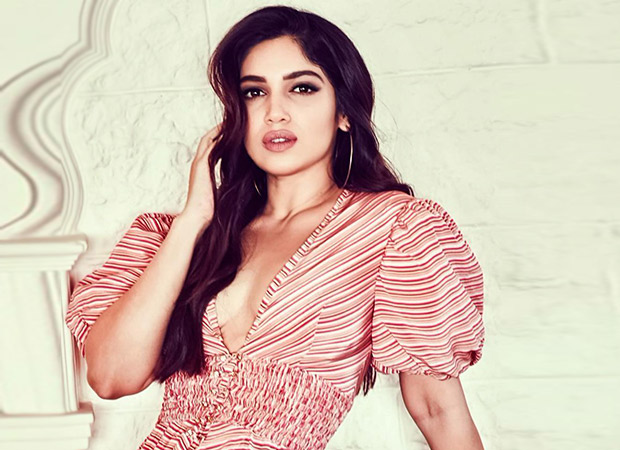 Bhumi has also, in every film, transformed herself and become the character that she played. With her debut film Dum Laga Ke Haisha, she delivered the break-through acting performance of that year. She put on oodles of weight and made a bold debut as an overweight but self-assured young woman, Sandhya. Her next films Toilet - Ek Prem Katha, Shubh Mangal Savdhaan, Lust Stories, and Son Chiriya also saw her transform for the camera and bring authenticity and genuineness on screen.

In Saand Ki Aankh, she plays the role of the world’s oldest sharpshooter Prakashi Tomar, who along with her sister Chandro (played by Taapsee Pannu), are the oldest women sharpshooters of the world. Her character hails from Haryana and Bhumi wanted to get the Haryanvi accent bang on. She, thankfully, had help at her home!

“I like to go as authentic as possible to make people forget that they are watching me on screen. I want them to emotionally invest in the character that I’m playing. For Saand Ki Aankh, I wanted to nail the Haryanvi accent and I took my mother’s (her name is Sumitra and she is a Haryanvi) help during filming and dubbing to bring out the authentic accent. It was a very important process for me and I’m blessed that I had my mother with me all along guiding me, coaching me,” says Bhumi.

An informer from the set reveals, “Bhumi had travelled to the sets with her mother and she used to do diction practice every night with her. Bhumi read out the lines of the next day’s shoot with her mother and she corrected her. It is because of her mother that Bhumi has delivered a knock out performance and her accent is being hugely appreciated. Before the shooting of the film began, Bhumi trained in Haryanvi with her mother non-stop for at least two months. It has been a serious creative process to ace the role.”

Bhumi says, “What I have done with the character of Chandro dadi is a tribute to dadi, my nani and my mom. I have picked up aspects from these Fantastic women in my life to portray dadi. My mom is from Haryana and knows the culture. To bring in as much authenticity to the part as possible, my mom was my secret weapon. Right from helping me with the language to body language. Spending 2 months filming with me, helping me understand Chandro dadi the way I did, just being my pillar of strength and guiding force through this beautiful experience. My maa made the whole Saand Ki Aankh journey even more memorable for me. To be able to work like this with her has probably happened after school and I loved it. I couldn’t have done it without her."