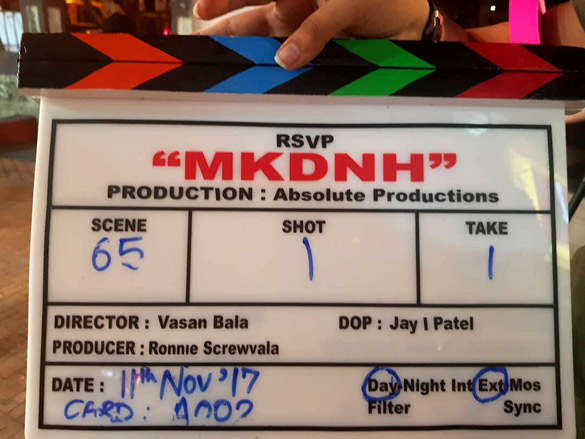 Yet another star kid on the block is all set to venture into Bollywood. While his mother Bhagyashree became an overnight star with Rajshri Productions’ cult romance drama Maine Pyar Kiya, Abhimanyu Dassani will explore the genre of action comedy in the Ronnie Screwvala production, Mard Ko Dard Nahi Hota. Furthermore, the film will also mark the Bollywood debut of yet another TV actress, Radhika Madan.

Radhika Madan became a household name as Ishaani with Ekta Kapoor’s prime time saga ‘Meri Aashiqui Tum Se Hi’. While the series ended last year, Radhika Madan hasn’t appeared on any other TV soaps and decided to sign Mard Ko Dard Nahi Hota five months after her soap ended. The actress is super excited about exploring the action genre whereas Abhimanyu too has taken extensive action training that includes Taekwondo, Choi Kwang Do, Mixed Martial Arts and Wing Chun for the film. Abhimanyu Dassani also revealed that they had attended workshops before they started acting together for the film.

On the other hand, Radhika Madan asserted that she was so impressed with the script that she put in 200 percent for the film. On the other hand, Abhimanyu exclaimed about how happy his parents [Bhagyashree and Himalaya] are and that he had to calm them down when they heard about his film. The actor has previously worked as assistant directors and wanted to carve his own journey in Bollywood and establish the foothold by himself. Hence he decided to be launched by a different banner instead of his father’s banner.

Directed by Vasan Bala, Mard Ko Dard Nahi Hota went on floor last weekend. In fact, Radhika Madan even shared the picture of the film’s clapperboard on her Instagram further indicating about the film being kick started. Abhimany Dassani will be seen in the role of Surya, an interesting character whereas the popular onscreen bahu Radhika Madan will essay the role of the modern Supri. There are also speculations that South superstar Vijay Sethupathi will be seen in a significant role in the film but the details are yet to be revealed.