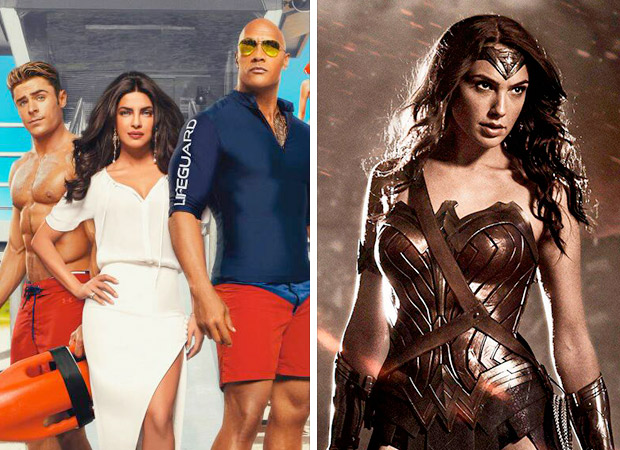 American pop-icon fans are in for a treat. After Justin Bieber they just may be treated to two of the biggest names of the American entertainment industry visiting Indian shores. As the Indian box office threatens to explode on June 2 with the simultaneous release of Priyanka Chopra’s Hollywood debut Baywatch and the long-awaited Marvel screen adaptation of Wonder Woman, their respective production companies are thinking of devious strategies to be one-up on one another.

Baywatch Vs Wonder Woman: If Paramount gets Dwayne Johnson to India, Warner will get Gal Gadot

And one of the strategies that both the wannabe blockbusters have thought up is to get the film’s two super-heroes into India. While Paramount is planning to get Dwayne ‘The Rock’ Johnson into India for at least 24 hours if not more (Dwayne , we hear, will be promoting the film across the globe during its release week), Warner Brothers just may persuade ‘Wonder Woman’ Gal Gadot to visit Hindustan.

Says an unnamed source from Viacom 18 Motion Pictures/Paramount, “It’s an all-out war on June 2. We didn’t really want to release Baywatch on the same day as Wonder Woman. But it’s a company decision and we’ve to abide by it. So yeah, we are planning to get Dwayne in even for a brief visit. We hear Gal Gadot may come to promote Wonder Woman.”