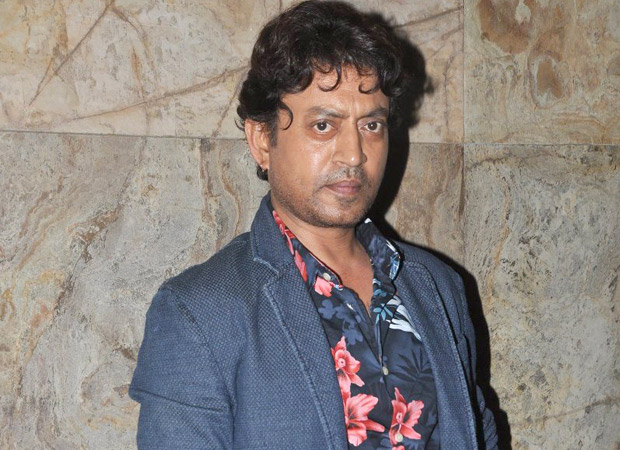 Irrfan Khan has starred in several films outside Hindi film industry. The actor also has a strong presence in Hollywood industry as well. Now, Irrfan's upcoming Bangladeshi film No Bed of Roses has run into a major problem.

According to the reports, Bangladeshi filmmaker Mostofa Sarwar Farooki’s No Bed of Roses starring and co-produced by Irrfan Khan has been effectively banned in Bangladesh. Ever since the film was being made, there were speculations that the film is a biopic based on late Bangladeshi writer and filmmaker Humayun Ahmed who had divorced his wife of 27 years to marry an actress who was 33 years his junior. Although the director had denied the rumours about the biopic, the film has been banned in Bangladesh.

Critics who had early access to watch the film said that Irrfan Khan starrer began with a disclaimer which read that the film had no resemblance to any real life characters alive or dead. The film had received a green light from Bangladesh Film Development Corporation (BFDC) last year and this year on February 12, it had received a No Objection Certificate from them. While this is the case, BFDC Managing Director Tapan Kumar Ghosh recently spoke to an international daily stating that it wasn't up to BFDC to issue a certificate but Bangladesh Film Censor Board to issue it.

According to director Mostofa Sarwar Farooki, the makers had to approach BFDC for a certificate before they approach censor board. Expressing his disappointment, he said that they have been blocked at the first gate and their order did not explain any reason why they were banning it. He admitted that his film talked about a so-called taboo subject of a man marrying a younger woman but it did not have any explicit content and did not violate any censor code.

When Irrfan Khan was asked about the ban, he was really surprised to know that the government of Bangladesh had blocked the film. He added that his film was a human story that dealt with complex male and female relationships in a subtle and balanced way. He questioned what kind of harm it would cause if it was shown to the society.

Farooki is planning to take the matter to court. No Bed of Roses is a story about a filmmaker named Javed Hasan who divorces his wife of several years to marry an actress who is a classmate of his daughter. It stars Nusrat Imrose Tisha, Rokeya Prachy and Parno Mittra.