Historical dramas have always fascinated Indian Cinema lovers, and no one does historicals like director Ashutosh Gowariker. Known for his penchant for picking up interesting chapters of history and bringing them to life on the silver screen, Ashutosh is now all set to recreate one of the most noteworthy battles of the 18th century – the Third Battle of Panipat in his upcoming film Panipat. Interestingly the film will star Arjun Kapoor, Sanjay Dutt and Kriti Sanon. The Third Battle of Panipat is one of the most epic battles in the history of India that took place on January 14, 1761 at Panipat. The battle was fought between the northern expeditionary force of the Maratha Empire and invading forces of the King of Afghanistan, Ahmad Shah Abdali, supported by two Indian allies—the Rohilla Afghans of the Doab, and Shuja-ud-Daula, the Nawab of Awadh. For the film Ashutosh has cast Arjun Kapoor, Sanjay Dutt and Kriti Sanon for his ambitious project which is going to be high on action and is currently in the process of finalising the rest of the cast and crew. Panipat will be produced by Sunita Gowariker, under their home banner AGPPL in association with Rohit Shelatkar’s production company Vision World.

Speaking about his association with Rohit Shelatkar, Ashutosh said, “I am very excited to be working with Rohit Shelatkar and his company Vision World! As his company name suggests, Rohit truly has a vision for cinema. He has an interest in movies that matches mine, especially in the Historical genre. Both of us share a high level of excitement and intrigue for this particular story of Panipat (the third battle). I am looking forward to this association and journey with him.” 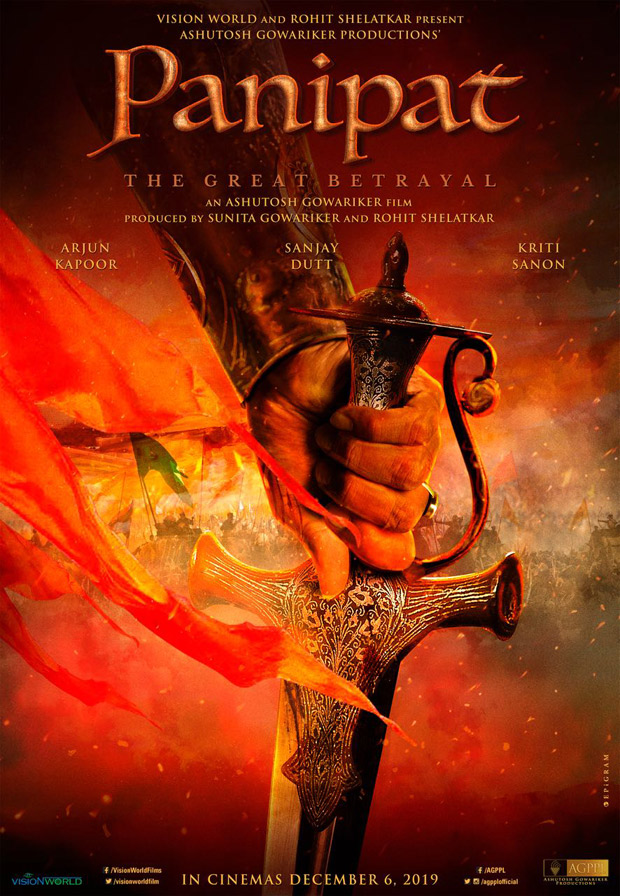 Reciprocating the excitement of working with Ashutosh and AGPPL, Rohit Shelatkar said, “I feel very fortunate to be working with AGPPL on my first production project. My company Vision World and I have found the best partners in Ashutosh and Sunita Gowariker. The Third Battle of Panipat has been very close to my heart, and I have also been reading on the subject for the past 10 years. We decided to come together to make a film on this very important historical event, which still remains an unparalleled attempt of bravery, passion and patriotism in history. Ashutosh has a tremendous track record with movies such as Lagaan, Jodhaa Akbar and Swades, all of which have been my personal favourites. We are very confident that Ashutosh will represent the passion we share for this subject in the best cinematic form.”

Sunita Gowariker is thrilled about this grand project; she said, “AGPPL and Vision World come together for the first time to bring to the screen the third battle of Panipat. Partnering with Rohit is a pleasure as we share the same dream and idea to bring the valour of the Maratha warriors to audiences. The synergy of both the companies will work towards producing great work.”

Talking about his actors, Ashutosh further added, “I have shared screen space with Sanjay in Naam, which was a memorable co-acting experience and now it will be great to direct such a versatile and immensely talented actor as him. What impresses me most about Arjun, apart from his fine performances - is his dynamism. He has played double roles twice, and he has portrayed an action hero as well as a lover boy. I needed someone really beautiful as well as a good performer, and Kriti is both. The eclectic combination of these three is a first for me, and I look forward to this exciting journey with them called Panipat”.

History has always been Ashutosh Gowariker’s forte, and we can’t wait for him to give us the cinematic experience of witnessing the 18th-century era and the majestic battlefield on the big screen. The film is poised to release on December 6, 2019.