Arjun Kapoor is not going to be a part of Janhvi Kapoor starrer Dhadak’s first cast and crew screening and he has a legit reason! Janhvi is visibly excited for her first movie release and is making sure that she leaves no stone unturned to make sure that it is promoted well. Not just for Janhvi, the movie is special for the entire Kapoor fam. At the trailer launch too they maintained a united front and were present to support Janhvi, especially since her mother is not here. At the special cast and crew screening too they are going to be present, except Arjun Kapoor who is busy with work assignments abroad. 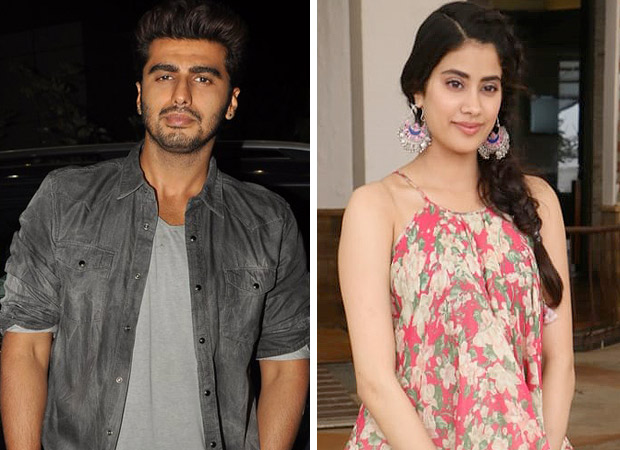 Janhvi Kapoor revealed that both her siblings Arjun Kapoor and Anshula are busy with work and won't be there in town but she has made sure that atleast Anshula doesn't miss the first screening. Arjun will return on 18th of July and therefore will catch the film only later. At the movie’s trailer launch too he had written a beautiful note for his sister wishing her happy innings at the movies!

Janhvi too has said on many occasions that the movie is a tribute to her late mom and she hopes that she creates some place in masses’ minds with her portrayal in the movie.

Dhadak will release on July 20 and is a official remake of Marathi blockbuster Sairat. It stars Janhvi Kapoor and Ishaan Khatter in lead roles and has been directed by Shashank Khetan. Karan Johar’s Dharma Productions has helmed the movie and has given the original story a Romeo - Juliet spin. Three songs of the film are already out and people are loving them! Looks like Karan has another blockbuster in his hands!

Also Read: Janhvi Kapoor talks about Arjun Kapoor and Anshula Kapoor being the strength of the family after Sridevi’s demise