While rumours around Amber Heard’s exit from the upcoming Aquaman sequel swirled earlier this week, it has now been reported that the actress is still a part of the upcoming DC film. Amidst the Johnny Depp defamation trial, petitions were signed for removal of Heard to be removed from the film. 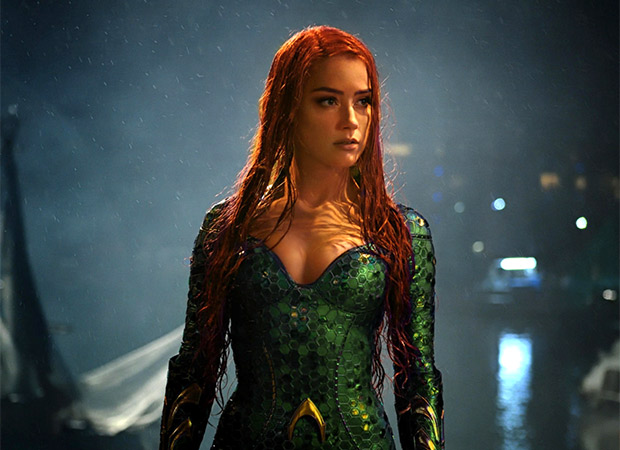 Aquaman and the Lost Kingdom: Amber Heard not been recast in the sequel

According to Variety, a spokesperson for Heard said in a statement, “The rumor mill continues as it has from day one — inaccurate, insensitive and slightly insane.” In recent months, Heard’s reputation was tarnished due to the highly publicized defamation trial her former husband Johnny Depp filed against her over a 2018 Washington Post column which he said implied that he was physically abusive to her. The jury sided with Depp and ordered Heard to pay Depp $10 million in compensatory damages and $350,000 in punitive damages, given that the jury decided his reputation and career had been damaged as a result of the publication.

As noted by the outlet, during the weeks long televised trial, social media heavily favored Depp over Heard, painting him as a folk hero and her as a liar, leading to countless trolling of her testimony. She even brought up the “unfair” social media blowback this week during her latest public interview, a first after the trial ended. “Even somebody who is sure I’m deserving of all this hate and vitriol, even if you think that I’m lying, you still couldn’t look me in the eye and tell me that you think on social media there’s been a fair representation,” she said in the interview.

“You cannot tell me that you think that this has been fair.” During the trial, it was also revealed that Aquaman lead star Momoa also stepped in to save Heard’s role in the upcoming sequel alongside the movie’s director James Wan, as they were ‘committed to her’ and were ‘adamant she was in the film’. Heard had also testified that she was given a new script for Aquaman 2 with a ‘very pared-down version’ of her role.

She also denied that she only got the role because of her connection to Depp. In the franchise, Heard plays Aquaman's love interest, Mera. Heard's character was first introduced in the 2017 film Justice League before becoming a protagonist in 2018's Aquaman alongside starring actor Jason Momoa.