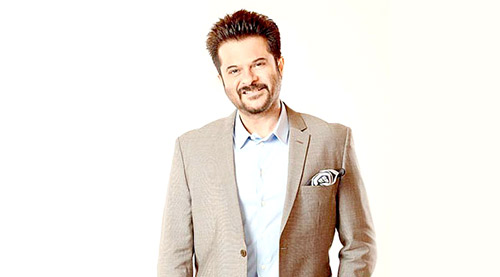 Busy with his upcoming projects, Anil Kapoor recently launched the trailer of his much talked about series '24' along with Aamir Khan as the chief guest. Despite juggling with work, the actor has decided to extend his support to a new campaign, an initiative, to fight against child labour.

Anil Kapoor is the goodwill ambassador for child rights organization Plan India and the actor decided to campaign for the new initiative of spreading awareness as well as helping victims of child labour. Addressing the problem of child labour, the actor further stressed on the need to work towards this cause and help children in need. As a part of the new initiative, Anil Kapoor also met children who support their families in Mumbai slums. As these kids work in order to earn their livelihood, School on Wheels is an initiative taken by Plan India which is a bus designed as a school in order to spread knowledge through a mobile classroom so that these kids don't have to sacrifice their right to education.

This announcement was made to commemorate the International Day Against Child Labour on June 12. Followed by this, the veteran actor made yet another announcement about a National Conference on Children in Difficult Circumstances that will see a gathering of experts from child right organizations, development practitioners, researchers and policy makers that will be held in New Delhi in November 2016.