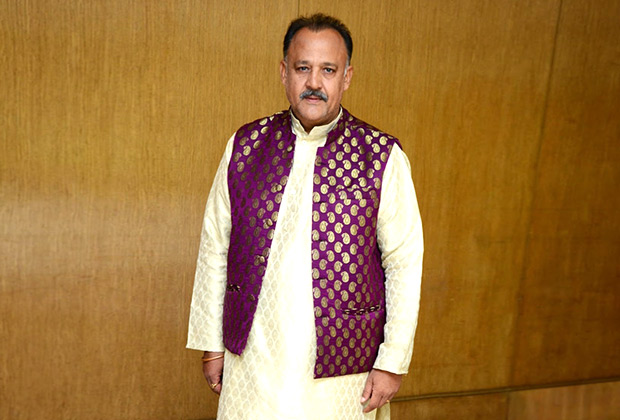 Unlike other star-fathers who form a protective shield around their guilty sons, whenever the youngsters are caught on the wrong side of the law, Alok Nath has reacted sharply and strongly to his son Shivang's drunken driving misdemeanour earlier this week.

Apparently Alok, a disciplinarian who has refused to pamper his son silly, immediately took action when his son was booked for drunken driving. The boy was given a serious dressing down, and apparently some blows were also inflicted to drive in the point that such behaviour is unacceptable.

Confirming the same, Alok who was trolled with the usual 'Sanskari' jokes the minute his son was booked says, "Shivang has been subjected to some corporal punishment and he's promised me he will never ever drive under the influence of alcohol."

Alok Nath's son is all set for a career in film acting and the last thing needed at this moment are such scandals. Apparently, the extremely upset father has served a stern warning to his son.

Says Alok, "Shivang has studied to be an actor. He is now hoping to be part of the Indian entertainment industry."

Alok Nath won’t be dropped from the Ajay…

Me Too: Fatima Sana Shaikh does not want to…