Sonam Kapoor has kicked off the trend of a chick flick in the commercial space with Veere Di Wedding. What more? This one brings together popular leading ladies - Sonam Kapoor and Kareena Kapoor Khan for the first time. Now that the trend is already creating buzz, Alia Bhatt too expressed her desire to be a part of it. And she wants the company of Katrina Kaif and Deepika Padukone. 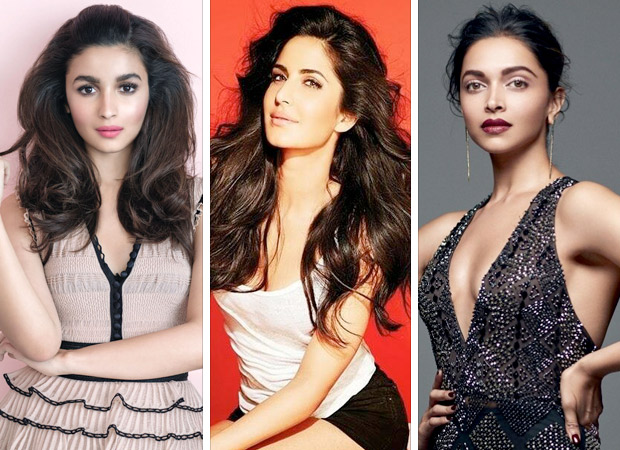 Veere Di Wedding, to be directed by Shashanka Ghosh, will also feature Swara Bhaskar and Shikha Talsania. This out-and-out women-centric road trip film is set against the backdrop of a big fat Indian wedding. Needless to say, it has garnered immense attention for its experimentation. On the other hand, Alia Bhatt is known for her versatility in roles. Uninhibited about trying something new, chick flick too is in the list of films she would like to try out.

Interestingly, Alia Bhatt has by far never been a part of multi-heroine project. Although Udta Punjab did feature Kareena Kapoor Khan in a prominent role, the actresses didn’t share screen space with each other. But this is not how Alia wants her chick flick to be.

In fact, Alia Bhatt went ahead and revealed about a pact she has made with Katrina Kaif and Deepika Padukone. Well, we have already got a glimpse of the BFF love Alia shares with Kat on a recent chat show. Furthermore, Bhatt also asserted that she shares a great camaraderie with Deepika too. For proofs, we definitely have some Instagram posts of the duo from the various parties they have attended together. According to Alia, it would be a great feeling to have both these powerful women in a film and hence she has made a pact with the two of them about doing a film together.

Interestingly, Alia Bhatt is currently shooting with Ranbir Kapoor and Ranveer Singh simultaneously for Brahmastra and Gully Boy respectively. With reports of Alia and Ranbir’s alleged romance doing rounds, this intriguing pact has only made us even more curious about the camaraderie of Alia with her girl gang!