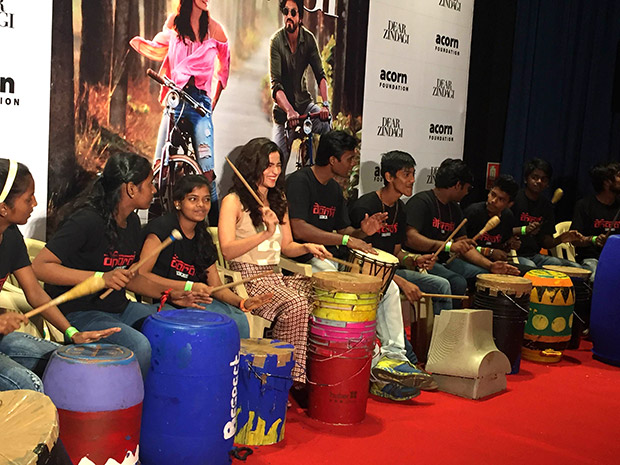 While her Badrinath Ki Dulhania co-star Varun Dhawan spent time with NGO kids today, Alia Bhatt too has made plans to spend time with children residing in Dharavi in Mumbai. The actress, who recently returned to Mumbai after wrapping up a shoot schedule in Singapore, decided to spread some happiness amongst Dharavi kids.

From what we hear, Alia Bhatt will join in the celebrations and perform with Dharavi Rocks, a ‘junk band’ as they like to call during an event to be held at Worli’s National Club in South Mumbai as a part of Children’s Day celebrations. Not just that, the actress will also be seen sharing her happiness and experience of working with superstar Shah Rukh Khan for her forthcoming film Dear Zindagi. Besides singing, Alia will also interact with these kids and even play games with them. 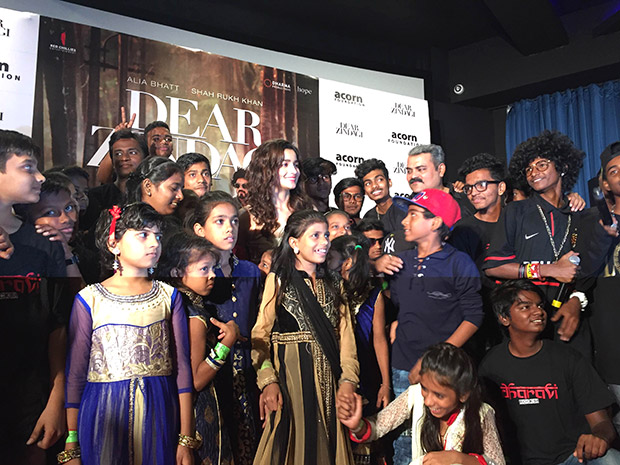 Amidst several celebrities who are doing their bit to improve the conditions of the country, this 23 year old young actress too wants to contribute and wants to lend a helping hand in developing the conditions of rag pickers. Considering that it is Children’s Day, Alia Bhatt, in a bid to make the day educative also decided to pass on some information about arts and music, though informally, during this occasion.

Whilst interacting with children during the event, Alia also confessed that she was always up to some mischief when she was in school. Apparently, the actress revealed that she used to often take breaks from class and sleep in the washroom. As this was a frequent habit, her teacher who set out to look out for her one day when she went missing for a long time, caught her red-handed. Alia, in her own words, mentioned that she was punished for sleeping during class hours in the washroom and was asked to clean benches for a week as punishment. She further jokingly advised the kids that if you want to sleep, sleep at home and not in the classroom.

Alia Bhatt is currently gearing for the release of Dear Zindagi, directed by Gauri Shinde that is scheduled to hit the silverscreen on November 25. The slice-of-life film apparently has Alia romancing about four men.