Akshay Kumar starrer Gold is creating the right noise with the posters and teasers capturing the attention of the audience. After garnering a phenomenal response at the theaters for the unique Gold promo, the makers of the sports drama are set to attach the trailer of the film with the much anticipated, Ranbir Kapoor starrer Sanju. Cine-goers will be treated with a double dose of entertainment with Sanju and Gold hitting the screens together. 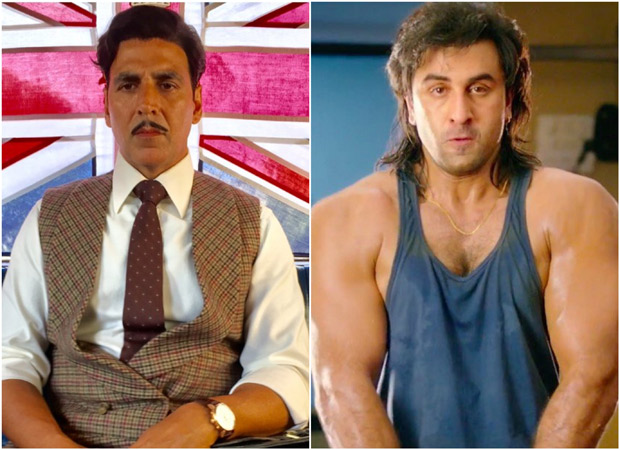 Gold traces the journey of a man dreaming to win free India's first gold medal in Hockey. The sports drama starring Akshay Kumar takes the audience back in time to witness the struggle of a team to make the nation proud. The upcoming sports drama starring Akshay Kumar will release this Independence Day marking 70 years of Free India's first Gold medal at the 1948 Olympics.

India won its first Gold medal as an independent nation at the Olympics on the 12th of August 1948. Celebrating this historic occasion, the makers are all set to release the film on the 15th of August this year.

Gold not only marks the first ever association between Akshay Kumar and Excel Entertainment led by Ritesh Sidhwani and Farhan Akhtar but also is the debut of TV sensation Mouni Roy.

Also starring Kunal Kapoor, Amit Sadh, Vineet Singh and Sunny Kaushal, Gold promises power packed performances by an ensemble cast. The teaser depicted the struggle for India’s first Gold as a free nation. While we had won several medals under the British Raj, the story of this Gold medal was special.

The film has been shot across the UK and India, capturing the fascinating aspects of the pre-independent era.
Gold is produced by Ritesh Sidhwani and Farhan Akhtar, helmed by Reema Kagti and is all set to release on the 15th August 2018.