Akshay Kumar and Salman Khan are two of the biggest stars of Bollywood and are also the most bankable actors. The two had united for films like Mujhse Shaadi Karogi and Jaan-e-maan in the past. While the two have managed to break box office records with their films, the two actors will now be clashing at the box office during Eid 2020. Salman Khan announced that his film Radhe: Your Most Wanted Bhai will be released on Eid 2020. On the other hand, Akshay Kumar's Laxxmi Bomb is also slated to release on the same day. 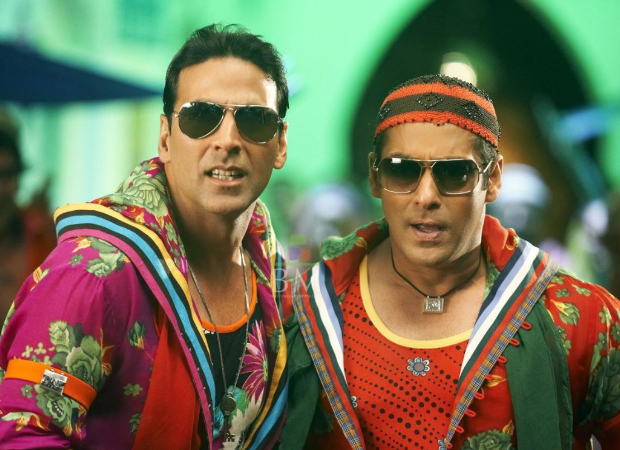 In a recent interview, Akshay Kumar expressed his fondness for Salman Khan despite the social media war that their respective fans are engaging in. Akshay Kumar said that he has always loved Salman Khan and has a soft spot for him. He further said that he would like to reunite with Salman Khan in Mujhse Shaadi Karogi 2. Akshay exclaimed that it is a great idea and director Sajid Nadiadwala should definitely plan the sequel.

Meanwhile, on the work front, Akshay Kumar will next be seen in the film Good Newwz which will be his fourth release of the year. The film also stars Kareena Kapoor Khan, Diljit Dosanjh, and Kiara Advani and is slated to release on December 27.  The actor will also be seen in Laxmmi Bomb, Prithviraj, and Sooryavanshi in 2020.

Also Read: Akshay Kumar says Kareena Kapoor Khan is like wine, gets better with every year