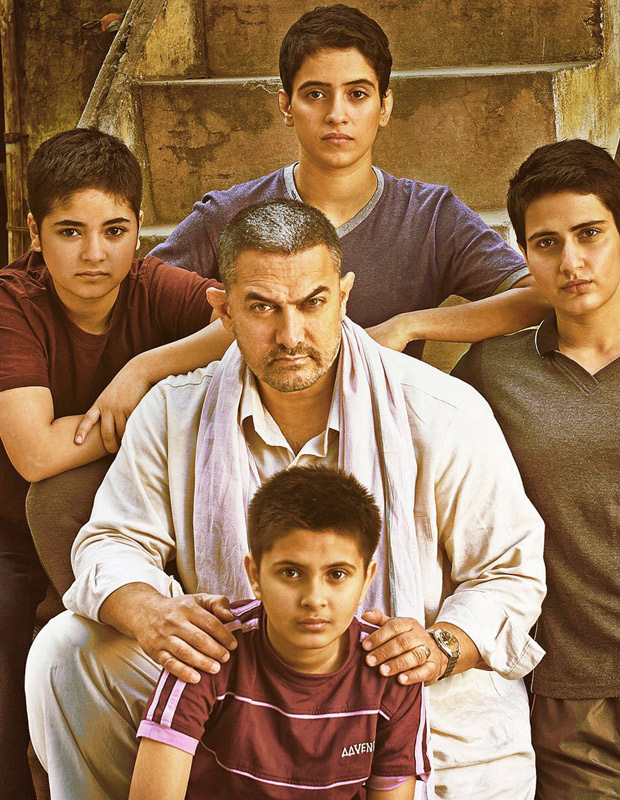 While we had reported that Aamir Khan had taken a small break and has been holidaying in North East where he rang in his wife Kiran’s birthday, the actor will soon return for the promotions of Dangal this month. And the same will kick start from a song launch that will go on air on all channel networks on November 14, Children’s Day.

The song in question is titled ‘Hanikarak’, will trace the journey of Geeta and Babita Phogat when they took training for wrestling as kids under their father Mahavir Phogat. The video will first be shown on November 12 at an event where the girls playing the younger wrestlers in the film, namely Suhani Bhatnagar and Zaira Wasim will be introduced to the media. We hear that unlike an intense number, this song is quirky in nature with tongue-in-cheek lyrics like ‘Bapu Tu Sehat Ke Liye Hanikarak Hai’. It represents the strict nature of the father, Mahavir Phogat played by Aamir Khan and is said to have all the emotions that kids often undergo when parents continue to make them strive to achieve higher goals.

Highest Grosser of The Year from 1990 to…