Rajinikanth and Akshay Kumar are coming together for the first time in a sci-fi film 2.0. And when the Bollywood star came on board it created immense anticipation. Made on a humungous budget, this is an ambitious film for not only filmmaker S Shankar but also Rajinikanth. The South megastar spoke during the trailer launch of the film wherein he elaborated on how difficult it was for him to shoot the film despite his health giving up in between the shoot of the film. 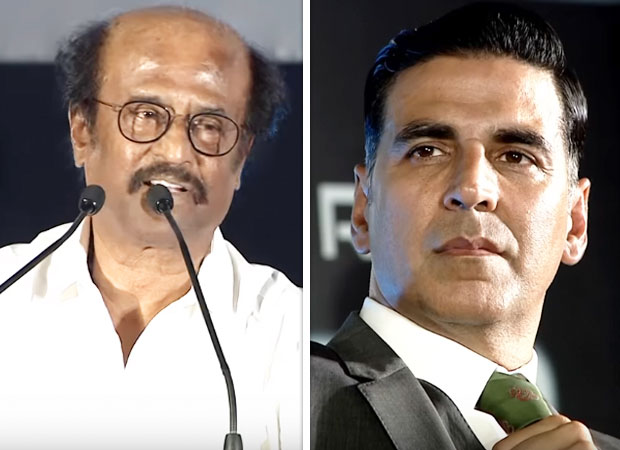 During the trailer launch of 2.0, Rajinikanth spoke about many things including appreciating his director and friend S Shankar. The megastar also revealed about why the film, which was expected to release last year, got delayed and is releasing this month. Rajinikanth said, “When I was doing the film I was unwell. After five to seven days of shoot, I couldn’t do it and struggled to finish the shoot. Then later, they even added the bodysuit which is about 12 to 14 kgs. It was quite difficult and I couldn’t even remember as many as five lines and there were times when I took eight days. I lost confidence and I decided to quit the film. I even told the makers that I would return the advance they have paid. I thought I can’t justify.”

He went on to add, “Shankar said, ‘You can shoot as much as you want. You just hint and we can wrap up the shoot immediately. We can’t do this without you, so please, don’t worry. WE don’t even want the bodysuit.’ That’s when I stepped up and said, ‘No, I would like to keep the bodysuit at least for one character.’ I insisted on retaining. Then later, when I returned from Malaysia post another Kabali schedule, my health worsened. I had been to Delhi and after that did a health check-up where doctors asked me to take rest for 4-5 months. Considering that it is a huge production and money is riding on it, I was wondering how to tell the producers. That’s when Subaskaran [producer] stepped up. I explained and he said, ‘Sir, not 4 months but you take 4 years. You are more important, your health is more important. Money is nothing. If you want I will wrap it up completely. Hats off Subashji. You are a friend who is like Kohinoor diamond.’”

He went on to wish good luck to Shankar’s next month which Rajinikanth said was with his ‘good friend’ Kamal Haasan and he said that Indian would be a blockbuster. On the other hand, Shankar too was all praises for Rajinikanth. The megastar also stated that the film made him extensive costumes where he took almost 3 hours of makeup and one and half hours to remove it.

Made on a massive scale, 2.0 also stars Amy Jackson and Akshay Kumar plays the antagonist in this sequel to Robot.