Love Aaj Kal and Cocktail - These have been two of the most definitive soundtracks that have come out of Bollywood in last one decade. While Pritam's music ensured that each and every song turned out to be a chartbuster in both the films, while Saif Ali Khan and Deepika Padukone ensured that one enjoyed these numbers visually as well, another common element was producer Dinesh Vijan. As someone with a keen ear for music, one always looks forward to something interesting in every soundtrack of his, be it Raabta, Badlapur, Go Goa Gone or even Hindi Medium. One expects nothing less from his upcoming Stree either. 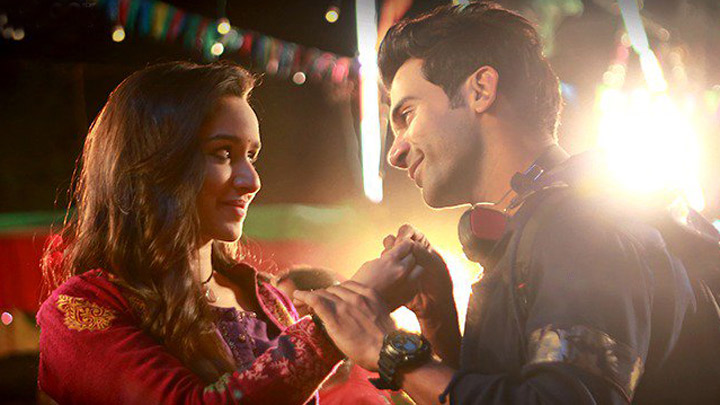 Sachin-Jigar are entrusted to create four songs for Stree with Vayu stepping in as the lyricist. Their first offering is 'Milegi Milegi' and you are reminded of 'Pungi' which was yet another chartbuster from a Dinesh Vijan film [Agent Vinod]. Mika Singh is the common singer for both the tracks and he ensures that the 'tapori' element is in its complete element for this song. Vayu's lyrics go with the mood and flavour of the song and the only regret here is that the song lasts a mere two and a half minutes.

Next to arrive is 'Kamariya' and yet again it is Nora Fatehi who is the centre of attraction after delivering the biggest chartbuster of 2018, 'Dilbar Dilbar' [Satyameva Jayate]. She is stunning again in this number that is rendered by Aastha Gill with Sachin-Jigar also chipping in behind the mike. Meanwhile, Divya Kumar is Aastha's accompanying partner as the lead singer in this fun dance number that could well be considered as a homage to 'Despacito' in the way it is structured. However, beyond the brief inspiration, 'Kamariya' stands on its own and entertains during its playing time.

Ash King goes about singing 'Nazar Na Lag Jaaye' in his characteristic style as this one turns out to be yet another 'desi' outing that is conventionally Bollywood. It is interesting to see Rajkummar Rao serenading Shraddha Kapoor with this love song that could well have been a part of an out and out romantic film. Considering the fact that Stree has a quirky storyline, one waits to see how this song with Hindi lyrics interspersed with English words plays during the film's narrative.

Last to arrive is the special dance number 'Aao Kabhi Haveli Pe' which has Kriti Sanon making an appearance. With a gothic set-up to it, this song written by Badshah and Jigar Saraiya has former leading the show as a singer along with Nikita Gandhi. Based on the popular meme featuring Amrish Puri with the dialogue 'Aao Kabhi Haveli Pe', this one is a fun track that could well be making an appearance in the film's end credit rolls. It does its job in ensuring that the film stays on its fun route, what with Kriti going all out in bringing on the naughty quotient.

Stree is a short and sweet album that lasts a mere 12 minutes. However it does its job in ensuring that the hook-line is catchy for each and every tune, hence aiding the recall value. Play it on at the dance floor.