One isn't really much aware of the film Nawabzaade, the soundtrack of which has just been unveiled. However the makers have done well to assemble a good league of musicians, all of whom have joined hands to come up with a dance album. Let's check out if they manage to churn out any potential chartbusters here. 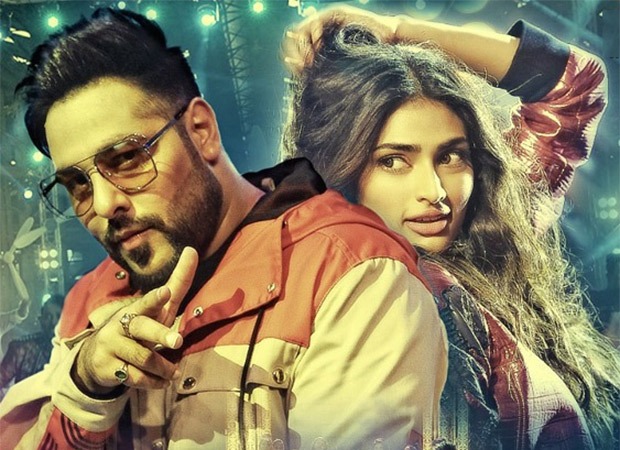 The beginning of the soundtrack is pretty much safe though as Guru Randhawa's chartbuster track 'High Rated Gabru' is presented as it is to the listeners. The number has been highly popular for quite some time now and hence there is an instant recollection factor that comes in. You enjoy the dance number all over again and somehow get the sense that the songs to follow would end up entertaining as well. Meanwhile there is a surprise in store as there is a female version included in the album as well with Aditi Singh Sharma roped in as a singer to do the job. This one has a different feel to it and works well too.

Next to arrive is 'Tere Naal Nachna' which is an offering by Badshah. He brings in his trademark beats to the song and the combination of lyrics works well too for the rap outing. As a singer Badshah has his own style and that works quite well for 'Tere Naal Nachna' where he has Sunanda Sharma for company. One now eagerly awaits the music video as this one has the potential to become big as well if supported well.

Gurinder Seagal (SardarG) is the composer and singer for rest of the soundtrack that has three more songs to follow. A 'tapori' number, 'Mummy Kasam' is the kind of song that used to be a hallmark of Mithun Chakraborty and Govinda outings way back in the 80s. Lyricist Kunaal Vermaa aims for the gentry with this song that has Ikka chipping in for the rap and Payal Dev stepping in as the female vocalist. This one is a fast paced number and is aimed primarily for the single screen audiences where it should keep the film's narrative lively.

Sukriti Kakar kickstarts the proceedings for 'Aunty Dekh' which picks its opening line from Bali Brahmabhatt's 'Amma Dekh Tera Munda Bigda Jaaye'. However beyond that there is nothing similar about this Kumaar written number that has Gurinder Seagal (SardarG) adding on to the proceedings along with Ikka. A fun track that should find its way to the discotheques and the clubs, it should gain good popularity.

Last to arrive is 'Lagi Hawa Dil Ko' which is a nice way to conclude the soundtrack since it is a good melodious romantic number. Gurinder Seagal (SardarG) shows his range as a composer-singer here as he brings on a softer tone into play for this Sandeep Nath written number. He is joined by co-singers Altamash Faridi and Nettle, though he leads the show primarily and ensures a good outing overall. Towards the end Mika Singh steps in as well and while the song was working well as a melodic outing till then, it changes course with the arrival of the singer.

Music of Nawabzaade throws a pleasant surprise as there is not even a single dull moment in the six songs that play. Overall the soundtrack works well and there is something for young urban audience as well as gentry. Added awareness and promotion of the soundtrack will further help the cause.

WATCH: Athiya Shetty and Badshah get groovy in 'Tere Naal Nachna' from Nawabzaade