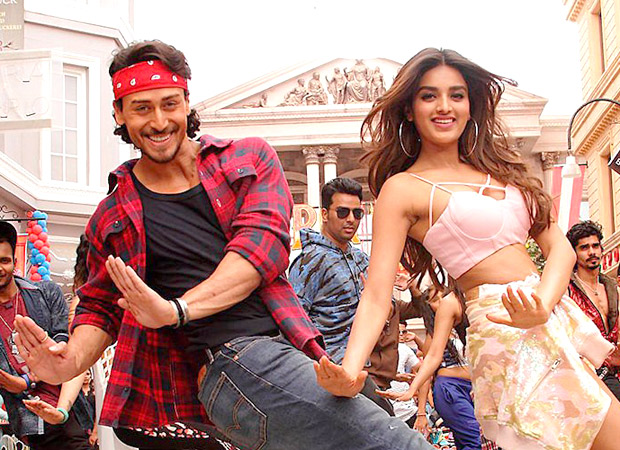 There are good expectations from the music of Munna Michael. After all, the film is a tribute of sorts to Michael Jackson and when there is Tiger Shroff enacting the title role, you don't want to settle for anything less than special. No wonder, the makers too have gone all out to put together 10 tracks with a massive team of composers, lyricists and singers coming together. With director Sabbir Khan carrying a good track record when it comes to music of his films [Kambakkth Ishq, Heropanti, Baaghi], you know for sure that Munna Michael would have an out and out masala commercial soundtrack.

Composer Tanishk Baagchi is entrusted with the responsibility of putting together the opening track, 'Main Hoon'. He gets to the point right away and comes up with a funky track that is elevated to the next level by Siddharth Mahadevan. He sings it with his heart in and the energy is infections enough to make you groove along. Moreover, Kumaar's hook of 'Main Hoon' has enough spunk to play on in your mind for long.

What follows next is an ultra 'dhamaal' track that goes as 'Ding Dang'. A fun number all the way which has newcomers Javed-Mohsin give their all as the composer duo, this one is pretty much homage to the days of the David Dhawan-Govinda-Raveena Tandon-Karishma Kapoor cinema that ruled the 90s. Right from the rhythm to lyrics by Danish Sabri & Sabbir Khan to the manner in which Amit Mishra & Antara Mitra sing this one, you truly get hooked to 'Ding Dang' that has some good rap interspersion by Parry G, Shivi & Danish Sabri that keeps the fun element going.

After a couple of back to back dance numbers arrives Vishal Mishra composed and sung track 'Pyar Ho'. This one is a soothing love song which is quintessentially Bollywood and has the kind of sound that works time and again. Sabbir Khan has always incorporated a song like this in a film of his and he entrusts Kumaar to write 'Pyar Ho' which makes for a lovey-dovey melodic track. Moreover, there is good experience that comes on board as well once Sunidhi Chauhan's voice is heard in this romantic duet. Later in the soundtrack there is a much slower 'redux version' that comes in as well, though one would prefer the former.

Soon enough there is dance element that returns to the proceedings, what with composer-singer Pranaay bringing on 'Swag'. He pairs up with Brijesh Shandaliya for this Kumaar and Sabbir Khan written track that should be a good inclusion in the narrative of the film. A situational outing which has another version 'Swag Rebirth' going for it and should make more of an impression on screen with dance steps accompanying the music, 'Swag' fits in well for Munna Michael.

The song that is indeed a chartbuster in the making though is 'Beparwah'. Composers Gourov- Roshin do a fantastic job in setting up the base for this rhythmic track that has a Western base to it and written well by Kumaar. However, what sets the song apart is the manner in which Siddharth Basrur and Nandini Deb sing this one. They bring in ample energy into play for this song that warrants some good choreography around it. If the makers push this song to the hilt then this one has in it to scale the charts pretty fast.

As for those who have been waiting for Kanika Kapoor to come on the Bollywood scene for long, there is 'Shake Karaan'. The team is well in place as well, what with Meet Bros. and Kumaar unleashing their deadly combo all over again to bring up a dance number that could well have caught Sunny Leone's attention. This one is just the kind of rhythmic instantly catchy track that one expects from this musical combo.

After 'Swag', Pranaay is back with 'Feel the Rhythm' which makes for a very good inclusion in Munna Michael given the kind of context that the film enjoys. A dance number that should have Tiger Shroff grooving to the beats with glee all over again after 'Main Hoon', this one is written well by Pranaay and Sabbir Khan with newcomer singer Rahul Pandey coming behind the mike and making his presence felt in a big way.

Tanishk–Vayu play the twin role of composers and lyricists with 'Beat it Bijuriya' which has is a desi-Western fusion track that should make for a situational inclusion in the film. This too is a dance track and while singers Asses Kaur and Renesa Baadchi aim at making this a fun outing in the offering, one doesn't expect it to rock the charts in time to come.

Soundtrack of Munna Michael is fun all the way and there is no dull moment whatsoever. While some of the songs are wonderful enough to warrant a chartbuster outing, rest should fit in well in the dance context of the film.