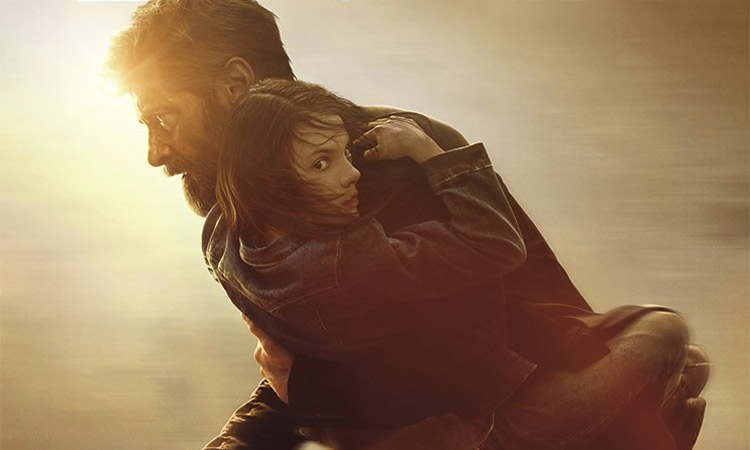 What happens when an onscreen character becomes synonymous with the actor playing the part? Well, that is exactly what has happened in the case of the X-Men character Wolverine AKA Logan played by Hugh Jackman, who has essayed the role of the regenerative mutant with an adamantium skeleton and claws to perfection. Over the years, Jackman despite playing numerous others roles in films has always been looked at as The Wolverine. Cut to the present where the popular franchise seems to be taking the story of mutants forward decades into the future and despite his regenerative powers, Wolverine finds himself on the precipice of death and oblivion. But will a film that shows the bleak end of a much loved and adored superhero work, will the masses that have till date strived to be similar to a character accept his eventual demise, are a few questions that spring to mind after watching the trailer.

LOGAN tells the story where in the near future, a weary Logan (Hugh Jackman) cares for an ailing Professor X (Patrick Stewart) in a hide out on the Mexican border. But despite Logan's attempts to hide from the world and live a life somewhat off the grid, he finds himself in the middle of a dilemma that involves him caring for a mutant child, something that he is not prepared to do. Will, the ailing Logan, manage to survive the forces he is up against, will he manage to save the mutant child, will he find redemption and will his legacy live on is what forms the rest of the film.

After witnessing the previous film based on the character of Wolverine, one is sceptical about the progression of LOGAN. However, director James Mangold does a stellar job of reinventing the character while at the same time retaining the essence of what connected Wolverine to the audiences. In literally a path breaking attempt, Mangold merges drama, action and suspense together in a celluloid marvel. Right from the opening scene we see ‘Old Man’ Logan driving around in a car for hire that melds into a brutal action sequence complete with the adamantium claws being drawn to the eventual introduction of an ailing Professor X, Mangold draws, the viewer into establishing an emotional connect within the first fifteen minutes. But the film isn’t just a rambling end of days lecture; in fact proceedings soon pick up with the introduction of the little mutant girl Laura aka X- 23. From here on, the film becomes a fight for survival with Logan and Laura being perused across the country in search of a place across the border where mutants that have all but become extinct can live life in peace.

But what sets LOGAN apart from previous superhero films is the fact that unlike the others that focus on action, this film features a gripping story filled with emotion that moves the viewer with its tragic tale. If that wasn’t all, the action sequences that are well spaced into the storyline do not seem forced and are extremely well choreographed. Staying true to the character of Wolverine, the film is a brutal, violent, hardcore R rated memoir to a superhero who represents just that. Another aspect that is done with aplomb in the film is the VFX that seamlessly merges with the live action. In fact the effects of merging live action and CGI is done so well that certain moments that use CGI seem life like.

Coming to the performances in the film, Hugh Jackman who has become synonymous as Wolverine is as usual perfect. For those who have waited to see the animal in Logan released there are more than enough berserker rage instances that satiate your need for bloodlust. Jackman’s rendition of Logan is spot on, and might just be his career best, with the audience responding similarly to his on screen emotions in a similar form. Sir Patrick Stewart as Professor X does a commendable job as always of lending an emotional connect to the raw, unpolished character of Logan while at the same time establishing a rapport with the viewers. But it is Dafne Keen as Laura aka X-23 who is literally the highlight of the film. Despite her lack of dialogues, Keen does well at establishing a connect with the viewers, and towards the climax emerges as the perfect contender to take the legacy of Wolverine forward.

All in all, after decades of waiting, we finally see a Wolverine film that is befitting in all aspects to the character. Though the film acts as a final ode to Wolverine, it more than justifies and takes his legacy forward in the form of X-23. A definite must watch for X-Men and Wolverine fans.