Had Hichki been a song-less film, one wouldn't have been surprised. After all, this one isn't a conventional Bollywood flick and hence doesn't really warrant a full-fledged soundtrack. However, the makers decide to come up with half a dozen songs for the film with Jasleen Royal as the composer and multiple lyricists contributing with a song or two apiece. 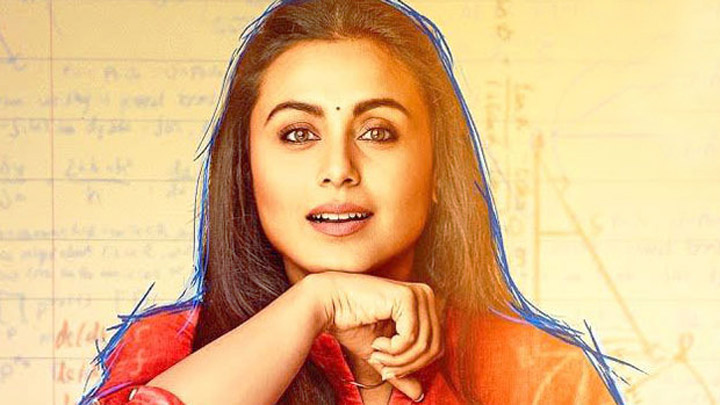 Title song 'Oye Hichki' arrives right at the beginning with Harshdeep Kaur as the singer. It could well be a first when an entire song has been put around a 'hichki' no less. Though this hook word does stay with you even after the song has been heard once, there isn't anything else that you remember about this Jaideep Sahni written track, hence resulting in this turning out to be a forgettable outing despite the fact that it is repeated as 'Soul of Hichki'.

Benny Dayal and David Klyton along with a bunch of additional singers come together for 'Madamji Go Easy' which has a quintessential South feel to it. With the kind of beats that go with such 'tapori' numbers from down South, this Raj Shekhar and David Klyton written piece is a situational outing and a lot would depend on how it is presented for the big screen.

One of the better tracks in the album emerges in the form of 'Khol De Par'. Written by Raj Shekhar, this one is about setting yourself free and live life to the fullest. Arijit Singh is the man in charge and he does well as per the need of the genre and the situation. Though this one isn't memorable either, it does have serene feel to it.

The moment Jasleen Royal begins to render 'Teri Dastaan', you relate to her trademark voice right away. Written by Neeraj Rajawat, this one is a situational outing as well, as is the case with practically all the songs in the album. Though this one is easy on ears, there isn't anything about it that would make you believe that there would be a place for it in the charts. Later, the core theme of the song is also heard as a piano based instrumental' track 'Naina's Theme'.

Lyricists Aditya Sharma and Neeraj Rajawat come together for 'Phir Kya Hai Gham' which is sung well by Shilpa Rao in her own 'andaaz'. That said, this one sounds like an ad jingle or an Indi-pop outing with nothing really in there for that set of audience which likes its music to be quintessential Bollywood.

The music of Hichki is strictly situational and one just hopes that it indeed aids the storytelling of the film.