There are good expectations from the music of Dabangg 3. After all, the music of both Dabangg and Dabangg 2 had done quite well, and composer duo Sajid-Wajid is expected to score a hat-trick with this one. Danish Sabri is the prime lyricist with others pitching in as well. 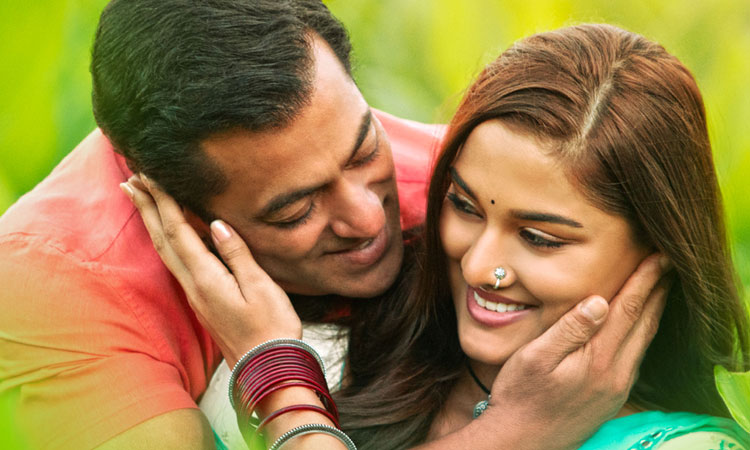 The album kick-starts with the title song 'Hud Hud' which has seen a variation of sorts this time around with Jalees Sherwani coming together with Danish Sabri as the lyricist. Somehow, the punch is missing in this re-dux version. Though the song is in the same zone as the earlier version, something which makes the 'mukhda' interesting, the 'antara' portions don't quite work. Moreover, rendition by Shabab Sabri, Divya Kumar and Sajid doesn't carry much energy either which results in 'Hud Hud' turning out to be rather ordinary.

As is the tradition with Dabangg franchise, there is yet another 'naina' song coming in the form of 'Naina Lade'. The song belongs to the kind which was popular around a decade back when Salman Khan had many such chartbusters to his name. Perhaps the makers wanted to retain a similar sound in order to stick to the ethos of Dabangg franchise. However, what one ends up listening to is a rehashed version of sorts that has been written by Danish Sabri and rendered by Javed Ali.

There is some excitement that steps into the proceedings with Danish Sabri written 'Yu Karke' that has naughty undertones to it. In the same zone as 'Saree Ke Fall Sa' from Prabhu Dheva's own R... Rajkumar, this one caters to the gentry and is an out and out massy number. Surprisingly, even though Salman Khan has sung this track which boasts of some eye catchy choreography and picturisation as well, the song hasn't been promoted to the fullest. Payal Dev accompanies Salman Khan behind the mike and has her share of fun as well.

Badshah joins Danish Sabri as the co-lyricist for 'Munna Badnaam Hua' and in fact also opens the number with his rap portion. Considering the kind of set up that Dabangg has, it seems a bit odd to have Salman Khan lip synching to a rap outing here. One of his favorite singer Kamaal Khan takes the lead along with Mamta Sharma for this fun-n-celebration track that is doesn't really turn out to be another 'Munni' [Dabangg] or 'Fevicol' [Dabangg 2]. Still, it is a better recreated version when compared to 'Hud Hud'.

Veteran lyricist Sameer Anjaan along with Sajid write 'Awara' that doesn't really impress even after a couple of listening. Newcomer Muskaan renders this song and one can't really say that she ends up making an instant impression. Moreover, the tune is way too old fashioned here; so much so that another newcomer singer Salman Ali isn't able to salvage the song much.

Last to arrive is 'Habibi Ke Nain' which has Jubin Nautiyal taking charge with Shreya Ghoshal soon after. A love song which is on the same lines as 'Awara' or 'Naina Lade', it scores in maintaining consistency but in the process also ends up becoming yet another romantic track that doesn't really have in it to cover much of a distance. Irfan Kamal's lyrics try to be all poetic and soulful but somehow the impact is missing, just as is the case with majority of soundtrack.

While relatively speaking the music of Dabangg 3 is not a patch on Dabangg or Dabangg 2, even on an absolute scale it doesn't have much in there to go a long way in time to come.