Last Updated 04.07.2022 | 8:35 AM IST
feedback language
follow us on
Bollywood Hungama » Movies » Movie Reviews » Commando 2 Movie Review: Commando 2 is a predictable entertainer that would appeal only to its target audience.

Commando 2 Movie Review: Commando 2 is a predictable entertainer that would appeal only to its target audience. 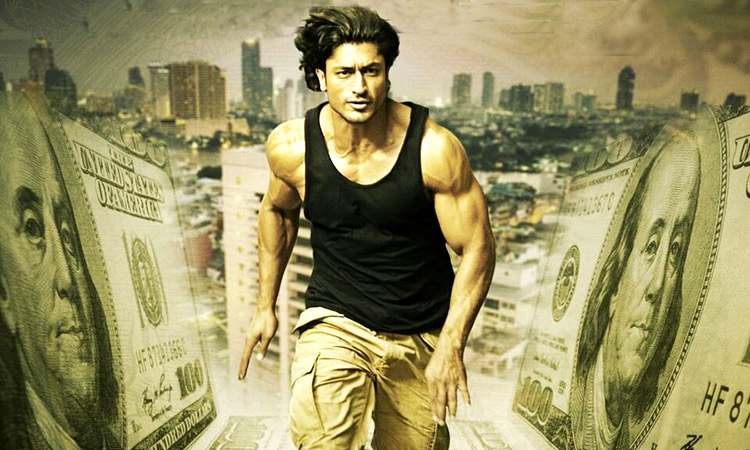 The year 2017 seems to be the year of sequels. Only recently, we saw the release of the Akshay Kumar starrer JOLLY LLB 2, which happens to be the sequel of JOLLY LLB. This month will also see the release of BADRINATH KI DULHANIA, which is a sequel to the last year’s hit HUMPTY SHARMA KI DULHANIA. This week sees the release COMMANDO 2, which happens to be the sequel of the 2013 film COMMANDO. Will COMMANDO 2 ‘command’ an outstanding response at the Box-Office or will it get shot dead, let’s analyze.

COMMANDO 2 is about the bringing back of a commando to investigate black money trail and the twists and turns that follows his ‘comeback’. The film starts off with the prevailing topic of demonetization which is followed by the ‘action-packed’ introduction of Karanvir Singh Dogra aka Karan (Vidyut Jamwal). On the other hand, the Indian government readies a team in order to nab a certain ‘Vicky Chaddha’, the most wanted criminal who is on the verge of siphoning a huge chunk of black money that actually belongs to the poor and destitute people of India. In the mission to catch and bring back Vicky Chaddha to India, Abhaya Sharma (Shefali Shah), the ‘Director of Investigation Division of the Central Board of Direct Taxes’, assigns the said task to a team of Inspector Bhavna Reddy (Adah Sharma), ACP Bakhtawar (Freddy Daruwala), Zafar Hussain (Sumit Gulati) and Sharad Pandey. In a sudden turn of events, Karan ‘replaces’ Sharad Pandey and joins the team. When the team reach Malaysia, they come face to face with ‘Vicky Chaddha’ and his lovely wife Maria (Esha Gupta). Seeing a friend and confidante in Karan, Maria tells him the entire background about how her husband was falsely accused of money laundering and how he has been made into a scapegoat by the higher authorities. Maria pleads Karan to save her and her husband Vicky Chaddha, so that they can avenge the death of their innocent child. Just as Karan helps Maria and Vicky Chaddha, a sudden and unexpected turn of events shocks the daylights out of Karan and his team members. If that wasn’t enough, even the duty abiding ACP Bakhtawar turns his back against Karan. Does Karan become successful in bringing back the notorious Vicky Chaddha to India single handedly, what was the incident that shocks Karan is what forms the rest of the film.

After having achieved laurels in acting and directing TV serials, Deven Bhojani makes his debut as a film director with COMMANDO 2. Even though he does a decent job as a debutant director, it’s the film’s script that does the film in. Deven Bhojani, who has laced the film with some interesting twists and turns, does manage to catch you unaware with a handful of the shock elements in the film. Despite having done so much work as a director in many TV shows, it is sad to see Deven Bhojani struggle as a story teller with COMMANDO 2. While the film’s first half successfully manages to build momentum and the pace in the form of the introduction of the characters with some really stylish action scenes thrown in, the film’s second half starts dragging and also becomes predictable at many places. The second half, which looks very disjointed in many places, goes in random and unexpected directions and lands up confusing the viewers. It does come as a shock to see Ritesh Shah’s poor writing in COMMANDO 2, considering that he is the same man who was appreciated so highly for his extremely powerful and convincing writing in the smash hit film PINK.  At the same time, one really wonders about the need for the film’s makers to infuse the patriotism angle, which looks heavily forced in the film. Amongst all this, there are some memorable scenes as well in the film in the form of the post interval action sequence outside the mall, the massive fight during the climax and also the interval scene. 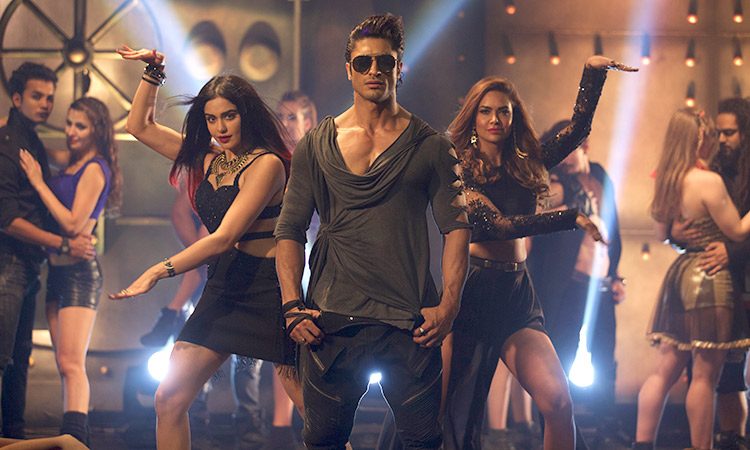 As for the performances, it’s Vidyut Jamwal, on whose shoulders the film rides completely. On his part, Vidyut does a decent job and has justified his role of a ‘Commando’. He successfully keeps you engaged throughout with his performance and action. One just cannot deny the fact that Vidyut Jamwal has evolved as an actor. With a title like COMMANDO 2, one is bound to expect oodles of action. Given the fact that Vidyut Jamwal is a ‘pro’ in action scenes, he takes to the action scenes like a fish to water. Besides him, there’s Adah Sharma who plays Vidyut Jamwal’s love interest in the film. Adah Sharma, who was last seen in HASEE TOH PHASEE, does a decent job in the film. It does take some time for the viewer to absorb her south Indian accent in the film. Adah brings in the humour quotient in the otherwise serious film. Besides having her share of comical scenes, she does impress everyone with her action scenes as well. On the other hand, there’s Freddy Daruwala, who, having done films like FORCE 2 and HOLIDAY, does an average job in COMMANDO 2. The surprise element of the film is however in the form of Esha Gupta, who comes across as the high point of the film. Esha Gupta, who was last seen in a negative role in RUSTOM, takes COMMANDO 2 to a different level completely with her astounding performance in the film. Besides her, there’s Shefali Shah, who delivers a power packed performance. Rest of the actors help the film move forward.

The film has only one song in the form of ‘Hare Krishna Hare Ram’ (which features only in the end). On the other hand, the film’s background music (Prasad Sashte) is impressive.

The film’s cinematography (Chirantan Das) is really remarkable. The way they have shot the foreign locales is really commendable. The film’s editing (Amitabh Shukla, Sanjay Sharma) is average. A special mention to the film’s action director (Franz Spilhaus) for the breath taking action sequences.

On the whole, COMMANDO 2 is a predictable entertainer that would appeal only to its target audience. At the Box-Office, it will do a fair business.

Summer Sorbet, anyone? Esha Gupta and her dramatic gown will make you lust for one in this sweltering heat!

Allow Esha Gupta to show you the sultry way to wear denim on denim!