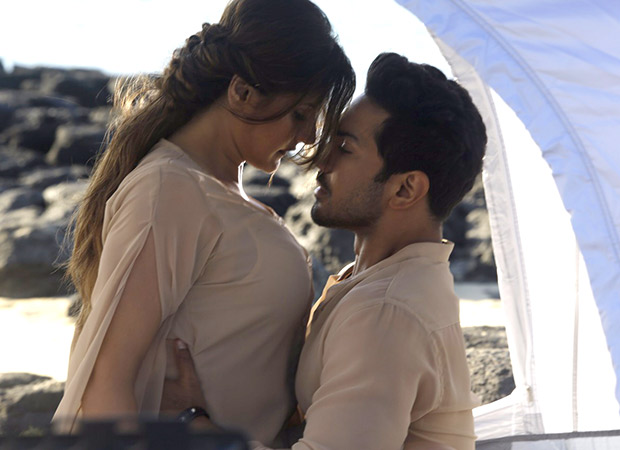 When Aksar was released way back in 2006, it turned out to be a reasonably decent success due to humungous chartbuster 'Jhalak Dikhla Ja' as well as reasonably popular 'Lagi Lagi Lagi'. Himesh Reshammiya's music in the film was a great asset. Hence, when the second in the Aksar series has arrived as Aksar 2, when expected some bit of a magic to be rubbed upon the Zareen Khan starrer as well. Now that Mithoon has stepped in as a composer with Sayeed Quadri as the lyricist, the results are actually fair.

Opening of the soundtrack is just perfect as Arijit Singh goes about crooning 'Aaj Zid' which could well have been just the perfect song for Emraan Hashmi. With a beautiful base set to it right at the 'mukhda' stage itself, the transition into the 'antara' portion is done quite well too, hence resulting in this being a seamless melody that is perfect for a date outing. Hear this one on a candlelight dinner and you would love it.

Same is the case with 'Jaana Ve' too that has Arijit Singh leading the charge all over again. With simplicity all around it, this one is pretty much a continuation of 'Aaj Zid' in terms of the melodic quotient. As a matter of fact even though the core base of the song is sensual, there is certain childlike innocence in the way 'Jaana Ve' is crooned with the subsequent portions that follow. A song that deserves a good run.

Amit Mishra steps in for the third and the last song of the album, 'Tanhaiyaan'. A sad song with a soft rock base to it, this one appears in the middle of the film's second half and actually interrupts the entire narrative. As such from the composition perspective too it is just about decent and turns out to be a rather 'thanda' outing despite trying to be all passionate. This one is the weakest of the lot.

Aksar 2 has a couple of good songs in the form of 'Aaj Zid' and 'Jaana Ve' though none which comes anywhere close to the likes of 'Jhalak Dikhla Ja'. Moreover, the songs haven't really caught on tremendously well which means it would be interesting to see how much distance do they eventually cover once the film is off the screens.