1921 Movie Review: Deals with a couple's battle with extreme paranormal activities created by a ruthless and cursed spirit. But1921 is essentially a routine horror drama that offers nothing new. 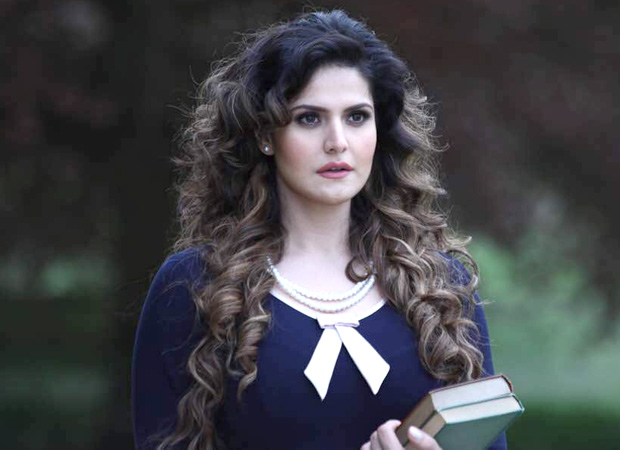 1920 and Vikram Bhatt have been inseparable over the years. While the music of 1920 was decent, 1920 - Evil Returns was quite good and even 1920 - London had a characteristic sound to it. Now that Vikram Bhatt is kick-starting a new franchise in the form of 1921, expectations are that the trademark director's touch would be audible all over again in the soundtrack. Newcomer composer Harish Sagane has been brought on board to create music for this film which has lyrics by Shakeel Azmi.

The moment sound of piano reaches your ear; you know that 1921 is going to be yet another haunting soundtrack in the offing by Vikram Bhatt. Pain, pathos and longing for love is the lethal combination that the music of filmmaker's earlier scores have boasted of as well and this is what is prevalent all over again with 'Sunn Le Zara' as well which has been sung quite effectively by Arnab Dutta.

The song that catches your attention big time though right from the beginning is 'Kuch Iss Tarah'. Arnab Dutta stays on to be the voice of the soundtrack as he makes his presence felt quite well from the very first note. Yet again, the sound of piano stays intact in this haunting love song which is set in the darkness of night and reaches the crescendo quite well in its endeavour to emerge as a passionate seductive track.

Arnab Dutta gets to sing his third song in a row once he is entrusted for 'Yaara'. Yet again, one gets more than just a hint of pathos with this haunting piece that is expected to take the storyline forward. Though this one doesn't really promise a chartbuster in the making (something which the earlier two tracks do carry good potential for), it still does well to fit in well as a part of the overall soundtrack.

The only number in the album which features a female voice as well is 'Tere Bina'. While Aakanksha Sharma does well as she comes behind the mike, the song is driven by Arijit Singh who sings to the tune of Asad Khan playing with Raqueeb Alam's lyrics. The song pretty much continues from where the earlier songs left, hence allowing consistency for sure. As guest composer and lyricist, Asad and Raqueeb do well.

Yet another newcomer gets an opportunity to sing for 1921 as Rahul Jain comes on board for 'Aanewale Kal'. What is truly remarkable is the fact that whether it is Arnab Dutta, Arijit Singh or Rahul Jain, there isn't much to differentiate between the three singers, hence allowing a really smooth flow of songs. This one turns out to be yet another number that is straight from Vikram Bhatt's territory, courtesy piano.

No wonder, the sound of piano flows right till the end of the soundtrack, what with as many as four instrumental pieces that follow. While Harish Sagane takes care of three pieces which are titled 'Main Piano Theme', 'Crowd Gathering' and 'Piano Theme', yet another newcomer Pranit Mawale comes on board for 'Aggressive Piano Theme'. Collectively, each of these pieces ensures that the sound of 1921 soaks in.

The music of 1921 is one of the better ones in 2017 and allows the year to conclude on a melodious note. Do give this soundtrack a good hear for sure and then play it on loop.

“Audience has always been open to novel ideas, it is filmmakers who are scared” – Vikram Bhatt