As Samantha starrer Yashoda inches closer to the release, the entire nation is engulfed by the fan-mania for the Superstar's action-thriller that marks the biggest pan-India, female-centric, theatrical release in the country. While fans across the Southern part of the nation are showering their love with grand gestures, Samantha expresses her thoughts about her first Hindi theatrical release. 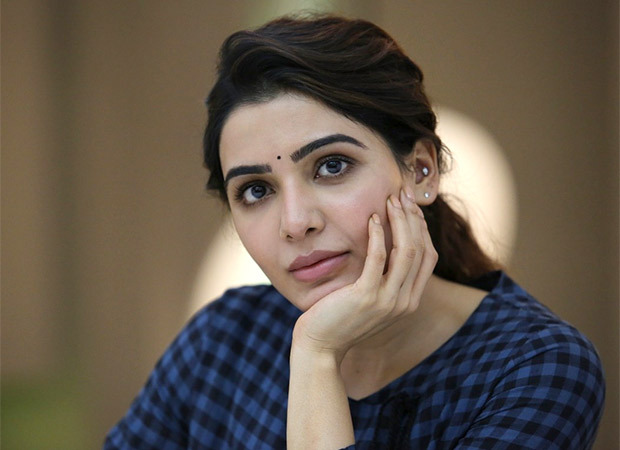 Creating a frenzy across varied parts of the nation, Samantha's fans are gearing up for the big release of the week- Yashoda by showcasing their support with huge poster cut-outs displayed in different cities. From Hyderabad, Rajamundry, Vizianagaram, Kakinada, Nandyal, Vijaywada and Vizag, humongous cut-outs of Samantha in her Yashoda avatar have been displayed to mark her biggest Pan-India release.

Releasing in five languages including Telugu, Tamil, Kannada, Malayalam and Hindi, Yashoda emerges as the widest pan-India theatrical release for a female-centric film in India, which also incidentally is Samantha's first Hindi film.

Talking about her first, Samantha said, "I am quite nervous, I don't know what to expect but I really happy with the way the trailer has been received by the Hindi audience. I am extremely happy and humbled by the response.

After the success of Samantha's first nationwide appearance with The Family Man, Samantha's stardom rose multifold across the nation. Adding to the frenzy, Samantha's bold and beautiful avatar in 'O Antava' made the actress the biggest pan-India female Superstar as ranked by a survey. Gearing for Yashoda, Samantha has created immense buzz for the film with her power-packed action avatar.

Directed by Hari and Harish, Yashoda is produced by Sivalenka Krishna Prasad under the banner of Sridevi Movies. The ensemble star cast of the action thriller also features Varalaxmi Sarathkumar, Unni Mukandan, Rao Ramesh, and Murali Sharma, amongst others. With Mani for music, M Sukumar for cinematography and Marthand K Venkatesh as the editor, Yashoda releases in theatres on November 11, 2022.