Varun Tej will next be seen playing an Air Force pilot in Sony Pictures International Productions’ Telugu-Hindi action drama. While the makers are yet to lock the title, the film is currently being referred to as VT13 (considering its Varun’s 13th project) and it is set to go on floors by end of this year. Toda, on the occasion of Air Force Day, Varun has shared about his dream of owning an Aviation Pilot’s license and has also dedicated a special message to the Indian Air Force pilots for their relentless efforts, sincerity, and hard work. 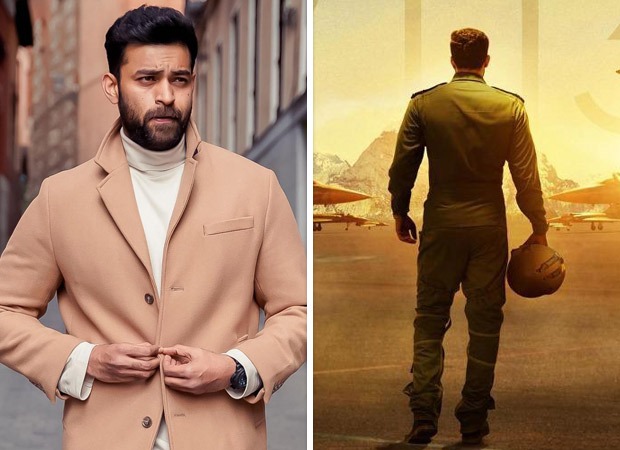 VT13: On Air Force Day, Varun Tej shares a new poster of his film and dedicates a lovely message to Indian Air Force

Varun Tej took to Instagram to share a new poster from his forthcoming film VT13 and captioned it with a lovely note saying, “On the occasion of the 90th glorious Indian Air Force Day, I send my warmest wishes to our heroes in the sky. They have been relentless in their pursuit to keep our country safe and now that I have an opportunity in portraying an Air Force pilot myself, I have really been able to understand the selfless sacrifices that they make. Flying has always been a dream for me and I hope one day I can earn a license to fly. A big thank you to our air warriors, for everything they do.”

VT13 is an action drama inspired by India’s Air Force. The regular shooting of the movie to be directed by debutant Shakti Pratap Singh commences in December 2022. As an IAF officer, Varun Tej’s character has many layers and he’s undergoing immense training.

The patriotic drama is based on true events and showcases the indomitable spirits of our heroes on the frontlines and the challenges they face as they fight one of the biggest, fiercest aerial attacks that India has ever seen. Written by Shakti Pratap Singh Hada, Aamir Khan and Siddharth Raj Kumar and produced by Sony Pictures International Productions and Rennaisance Pictures, the movie will be shot in Telugu and Hindi simultaneously.