Vijay Deverakonda and Rashmika Mandanna have made people fall in love with their onscreen chemistry. The couple have starred together in hit films like Geetha Govindam and Dear Comrade. Recently, the duo reunited for screen for a brand shoot. A BTS picture of the two actors has now gone viral on social media. 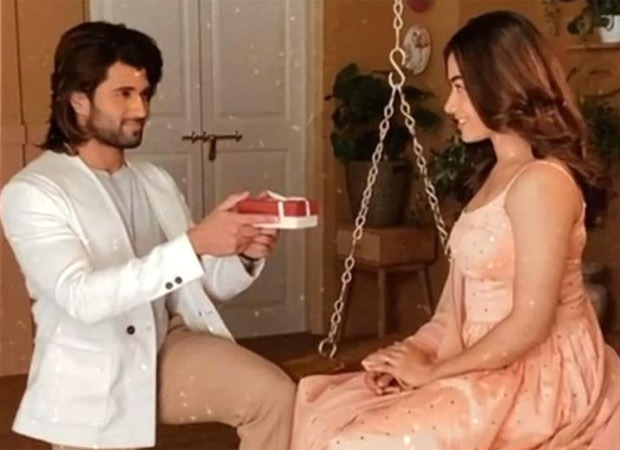 In the video, Vijay can be seen going down on one knee while presenting a gift to Rashmika. Vijay can be seen in a grey t-shirt, beige trousers and a white jacket for the shoot. Rashmika on the other hand looks gorgeous in a peach gown. The picture has got fans of the two actors excited to see them share the screen once again even if it's a brand shoot.

On the work front, both Rashmika and Vijay are looking forward to making a mark in Bollywood. The two actors are already a rage in the Telugu film industry and have a pan India appeal. Vijay will next be seen in the pan India film Liger directed by Puri Jagannadh and produced by Dharma Productions. Rashmika, on the other hand has started work on two Bollywood films. Mission Majnu with Sidharth Malhotra will mark her debut in the Hindi film industry while she recently started shoot for her second Hindi film titled Goodbye also starring Amitabh Bachchan.

ALSO READ: Rashmika Mandanna reveals her parents’ first reaction upon hearing she will play daughter to Amitabh Bachchan in Goodbye