Ahead of Thalapathy Vijay's birthday, the actor took to his social media handle to share the first look of his next film and also unveiled the title of the film. The film is being directed by Nelson Dilip Kumar with Pooja Hegde as the female lead. 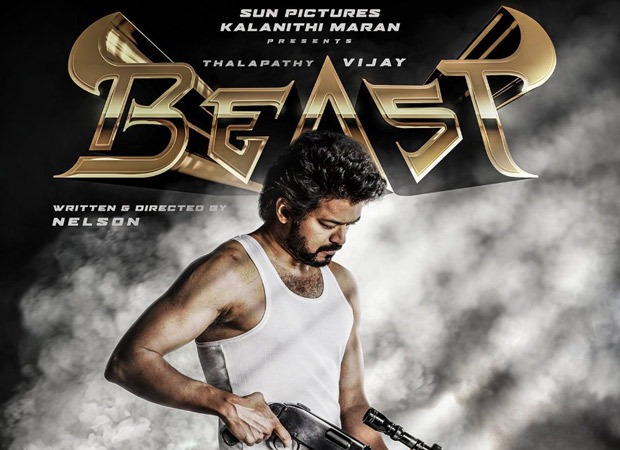 On Monday evening, Vijay took to his Twitter handle and shared the first look poster of Beast where he is seen posing with a heavy gun dressed in a white banyan and black jeans.

After the success of Master which released in theaters earlier this year, fans have been eagerly awaiting an announcement on the actor's next. While the announcement of the shooting was done earlier this year, the title and the first poster has only added to people's excitement. The film had gone on floors on March 31, 2021. The actor completed the first schedule in Georgia. The second schedule was a song shoot in Chennai which will be followed by schedules in Mumbai and Chennai.

Meanwhile, Beast will reunite actor Vijay and music composer Anirudh Ravichander. The two last worked together in the film Master which released earlier this year. The tracks from the film were superhit and were loved by people across the country.

ALSO READ: Thalapathy Vijay returns to Chennai after wrapping up the Georgia schedule of his next