Hundreds of people went out of job after the FEFSI (Film Employees Federation of South India) announced that the industry will shut down indefinitely as a precautionary measure to prevent the spread of COVID-19. 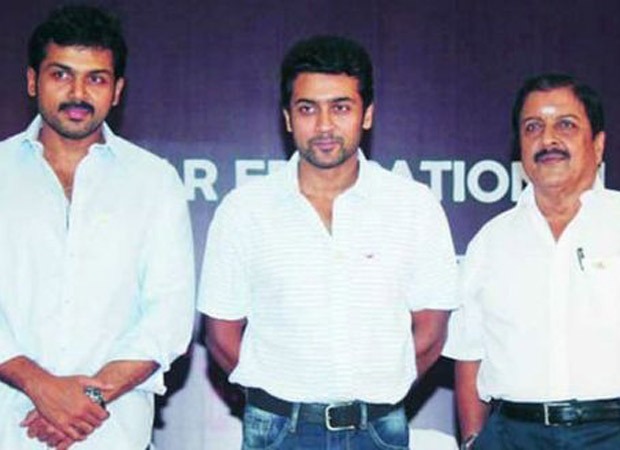 The FEFSI had made the announcement of the shutdown on March 16. On Monday, actor Sivakumar and his sons Suriya and Karthi donated Rs. 10 lakh to the Federation workers.

FEFSI members had earlier urged members of the fraternity to come forward and help the daily wage earners who have lost their livelihood. “There will be a huge loss, but we should stand united on this issue. We care about our workers more than anything. We request all technicians and producers to respect our decision and cancel all their shoots from March 19," read their statement.

The coronavirus pandemic, like several other sectors has also taken a toll on the entertainment industry, with cinema halls shut down and release of films postponed. Shoots of several films also had to be cancelled.