Tamil actor Suriya took to his social media handle to release the teaser of his next film Soorarai Pottru. The film is based on the life of Captain GR Gopinath- founder of the budget airline Air Deccan. The film is directed by Sudha Kongara and also stars Aparna Balamurali, Paresh Rawal and Mohan Babu. 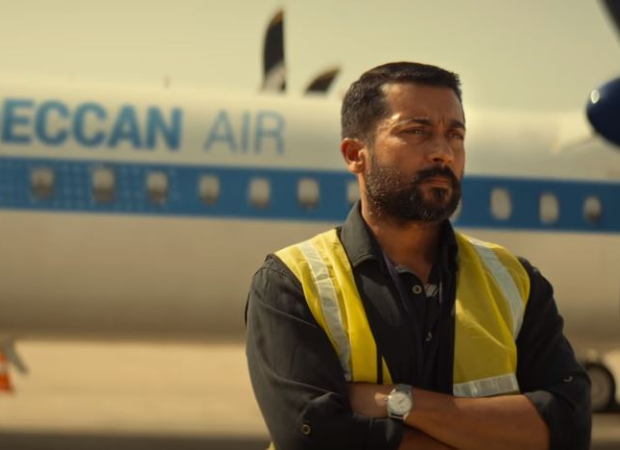 The 1.17-minute teaser begins in the year 1984 with a young Suriya sitting near a train door. The teaser captures the various moods of Suriya's character that plays a pilot named Maara. In the first look poster of the film, Suriya was seen with his arms open with his feet above the ground- a representation of the dreams of the character.

The teaser focuses on Suriya and his journey and it is yet to be seen what the other characters bring to the table. Aparna Balamurali comes across as a village simpleton who gives Suriya a reality check. According to reports, Paresh Rawal plays an antagonist in the film. The brilliant background score only adds to the performance.

Produced by Suriya’s 2D Entertainment, the film marks the southern debut of well-known Bollywood producer Guneet Monga, who will be co-producing this project. The film has music by GV Prakash Kumar, who has already composed all songs for the album.