After a sensational release of Sarkaru Vaari Paata, Ante Sundaraniki, Bimbisara in the USA , the distribution company Shloka Entertainments has come up with a the biggest banger ever in acquiring the USA & Canada Theatrical Rights. The company has bagged the USA & Canada rights of the biggest Telugu releases in the first half of 2023, which includes, Megastar Chiranjeevi and Ravi Teja starrer Waltair Veerayya, Thalapathy Vijay starrer Varasudu (Varisu), Nandamuri Balakrishna starrer Veera Simha Reddy, Mega Power Star Ram Charan's RC15 and Vijay Deverakonda's Kushi. 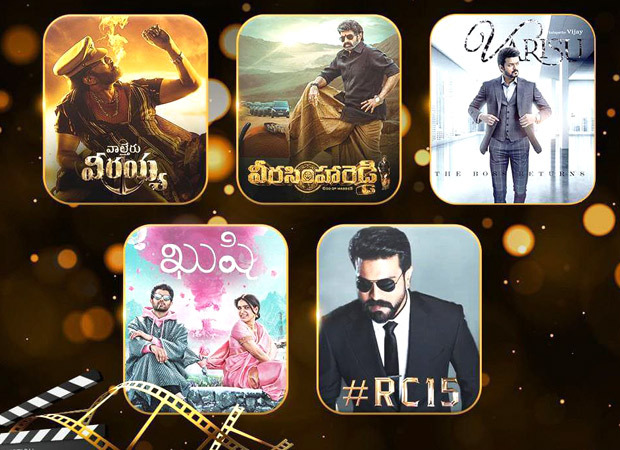 Also slated for Sankranti release is Varasudu which features Thalapathy VIjay and Rashmika Mandanna. The film is a bilingual that is directed by Vamshi Paidipally and will be releasing in Tamil as Varisu. While music is scored by Thaman S, it is produced by Dil Raju and Shirish under the banner Sri Venkateswara Creations.

Veer Simha Reddy is also lined up for Sankranti 2022 release and stars Nandamuri Balakrishna, Shruti Haasan and Varalaxmi Sarathkumar in lead roles. Written and Directed by Gopichandh Malineni, the music us composed by Thaman S and it is produced by Naveen Yerneni and Y Ravi Shankar, under the banner Mythri Movie Makers.

Coming to the Ram Charan starrer Pan India Project after RRR, RC15, the film co-features Kiara Advani as the leading lady. Directed by Shankar and produced by Dil Raju under Sri Venkateswara Creations banner, the music is being composed by Thaman S. The film is still in the shooting stage and the release date for the same is yet to be locked.

Proud to Announce that We @ShlokaEnts presenting the '5⃣ most awaited films' in North America ????????

Coming to Vijay Deverakonda starrer Kushi, the film features him alongside Samantha Ruth Prabhu as the female lead for the first time. It is directed by Shiva Nirvana and produced by Naveen Yerneni and Ravi Shankar under the banner Mythri Movie Makers with music composed by Hesham Abdul Wahab.

Also Read: Waltair Veerayya will see Chiranjeevi and Ravi Teja shaking a leg together for a massy number