Last Updated 16.09.2021 | 10:40 PM IST
feedback language
follow us on
Bollywood Hungama » News » South Cinema » Samantha Akkineni CONFESSES that she used to get so affected by trolls that she questioned her sanity!

It has been almost a decade since Samantha Akkineni [then Samantha Ruth Prabhu] since she entered the world of films. The Oh! Baby actress has seen her share of ups and downs and while she was discussing about her journey, pre and post marriage with Naga Chaitanya, she also spoke about how she deals with trolls. Whilst elaborating on it, Samantha candidly confessed that there was a time when the trolls really affected her, so much so, that she questioned her own sanity! 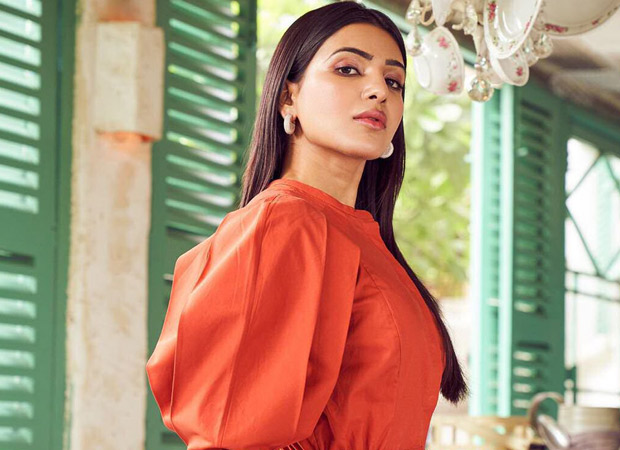 In an interview, Samantha Akkineni revealed that there was a time when she would wake up and check for trolls, first thing in the morning. She further mentioned that this was sort of not just affecting her mental stability but it was also prompting her to make wrong decisions. However, the actress also added that slowly she moved to a point where it stopped affecting her. Although she maintained that she doesn’t know or can’t explain how she reached that condition but all she knows is that it all happened over a period of time.

Speaking about the current situation, Samantha Akkineni that she doesn’t take trolls seriously anymore and takes it in a fun stride where she plays along. She also feels that she can predict about these trolls even before she posts a tweet etc. Woah, we must say that this Tollywood-Kollywood actress completely nailed about how to handle trolls like boss-lady!

Besides that, she also referred to the constant rumours about her being pregnant. Readers would be aware that Naga Chaitanya and Samantha Ruth Prabhu tied the knot two years ago, in October 2017 and of late, rumours of her pregnancy has started surfacing. But the actress has denied the same.

Coming to the work front, after Super Deluxe and Majili, her next film is Oh! Baby that is a remake of the Korean film Miss Granny and it is slated to release on July 5.

Also Read: Nagarjuna, Naga Chaitanya, Samantha Akkineni get together and create this perfect FAMJAM moment with the entire family!