The much-awaited magnum opus RRR directed by SS Rajamouli has finally hit the theatres. The film that was released worldwide on March 25 stars Ram Charan and Jr NTR in the lead. The film opened to glowing reviews from critics and the audiences who watched the film on day 1. Houseful boards were displayed in cinema halls across the country with people queuing up outside theatres to watch the movie. Amid this, a video of Ram Charan's wife Upasana Kamineni watching and cheering for her husband in a theatre has gone viral. 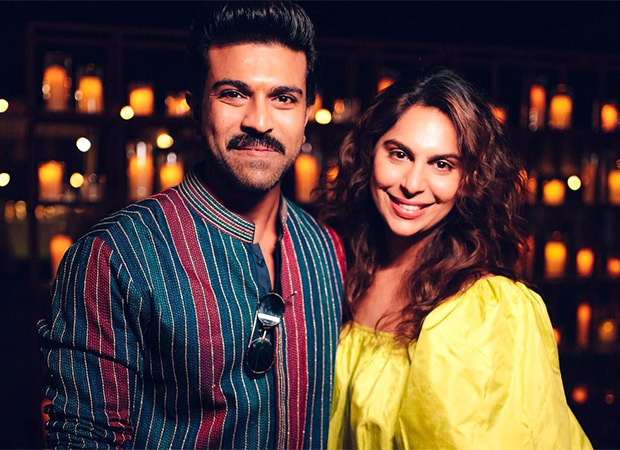 Ram Charan’s wife Upasana Kamineni cheers for him as she watches RRR with fans in a theatre; watch

Upasana watched RRR with fans in a theatre and was seen loudly cheering for her husband. The video also showed her and other fans flinging random notes, that initially confused fans who thought they were actually throwing money.

Meanwhile, RRR has started breaking records at the box office on day 1 itself. The film broke Baahubali's record of the biggest first opening day by collecting Rs. 223 crore worldwide. In India, the film made Rs 156 crore, and it added another Rs 42 crore from the US and Canada. Baahubali had collected Rs. 217 crore worldwide.

RRR marks Alia Bhatt's debut in the South Industry. Along with Alia, Ajay Devgn and Shriya Saran also have a cameo in the film. RRR stands for Rise, Roar, and Revolt, and the film is based on two freedom fighters - Komaram Bheem and Alluri Seetharamaraju, who fought against the British Raj and Nizam of Hyderabad.