Actor Allu Arjun, who will soon kick start shoot for the second installment in the Pushpa franchise, is currently on a vacation with his family in Tanzania. 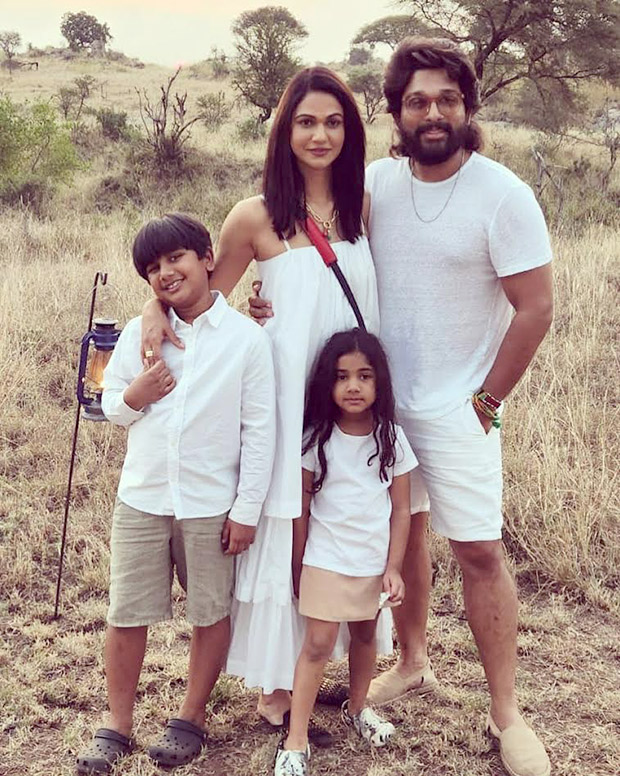 Allu Arjun’s wife Sneha took to Instagram to share a happy photo of the family, taken at Serengeti National Park. All four were seen twinning in white as they posed for the camera.

On the professional front, Allu Arjun will be next seen in Pushpa: The Rule, which is the sequel to the 2021 blockbuster film Pushpa: The Rise. The first part also featured Rashmika Mandanna, Fahadh Faasil, Jagadeesh Prathap Bandari, Sunil, Rao Ramesh, Dhananjaya, Anasuya Bharadwaj, Ajay, Ajay Ghosh, Sritej, Shatru, and others.

Directed by Sukumar, the film is produced by Mythri Movie Makers and will focus on the face-off between Allu Arjun and Fahadh Faasil, who was introduced as the prime antagonist towards the end of the first part.

Also Read: Allu Arjun to do another film before starting shoot for Pushpa’s sequel