The cast and crew of the upcoming film, Aadujeevitham, including actor Prithviraj Sukumaran returned to India after being stuck in Jordan for over two months due to the lockdown in India. 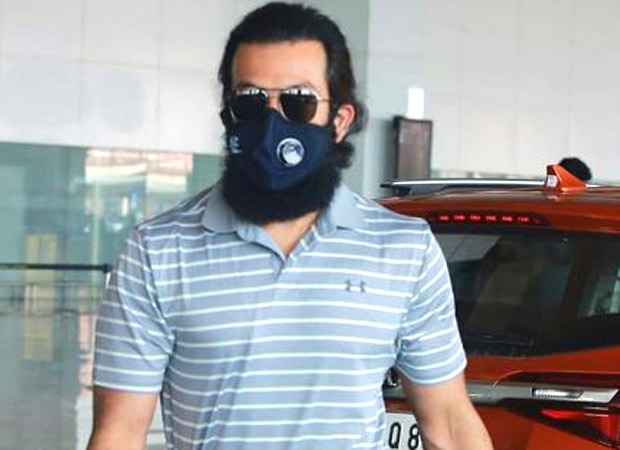 The crew, which has a total of 58 members, returned to India on Thursday evening after the Embassy of India in Amman, Jordan arranged a special flight. The team reached Delhi airport on Thursday and reached Kerala on Friday morning. After returning to India, Prithviraj took to his Instagram handle to share a picture of him at the airport wearing a mask and heading for Institutional quarantine. "BACK! #OffToQuarantineInStyle"

Prithviraj's wife Supriya Menon took to her Instagram handle to thank all the authorities who helped facilitate the return of the crew after almost 3 months. She also said that their daughter is all thrilled that her father is back and will be home in 2 weeks. "After almost 3 months Prithviraj and the crew of Aadujeevitham have reached Kerala. They will all be going to quarantine as per regulation. It's been a long and arduous wait but we are really thankful to everyone including the authorities who helped facilitate this return. Personally we would like to thank all the fans and well-wishers who prayed for us and gave use strength during our time of separation. Ally is thrilled her daada is back and hopes to see him after 2 weeks," she wrote.

A post shared by Supriya Menon Prithviraj (@supriyamenonprithviraj) on May 21, 2020 at 10:11pm PDT