Prabhas, the Pan-India star is a simple man off-screen unlike his stature on screen. The actor is lauded for his impeccable display of craft in the two part franchise Baahubali and his last release Saaho. 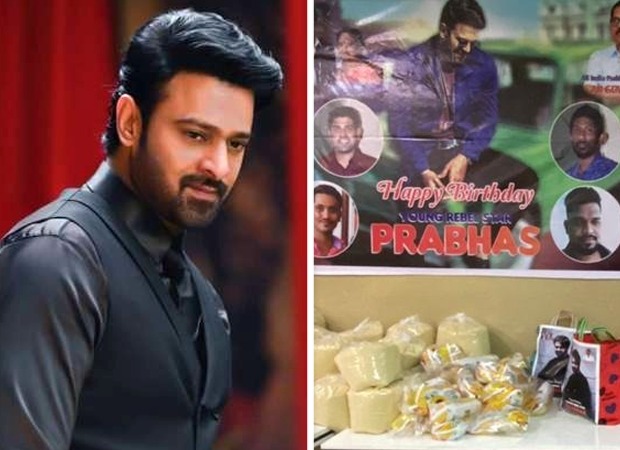 Prabhas is a 'darling' for his fans and just like the mega star his fans leave no stone unturned to make a valuable impact. His fans celebrated his birthday by adding a touch of goodness in the lives of orphan kids and old age homes. Prominent fan clubs of Prabhas reached out to orphanages and old age homes to cut a cake and celebrate with the kids and senior citizens who had a wide smile on their faces. Another prominent fan club planted trees, distributed food grains and other essentials in the name of Prabhas. This just speaks volumes of how big of a deal it is for Prabhas' fans to celebrate his birthday and making it meaningful.

The year 2020 has been nothing short of a huge success for Prabhas. The megastar has made back-to-back announcements to his fans delight.  Prabhas' made it more special for his fans by revealing his look for his upcoming film Radhe Shyam.

With big buck films in the order, Prabhas will be on a lightning streak of massive hits with his upcoming projects. The Pan-India star will be seen in Radhe Shyam and Adipurush in eye-catching roles.