Nandamuri Balakrishna and director Gopichand Malineni who delivered the biggest blockbusters of their careers with their last respective movies Akhanda and Krack are working together to deliver a much bigger hit with their first film together. Tentatively titled #NBK107, the film to be produced by Tollywood’s leading production house Mythri Movie Makers stars Shruti Haasan playing the female lead. 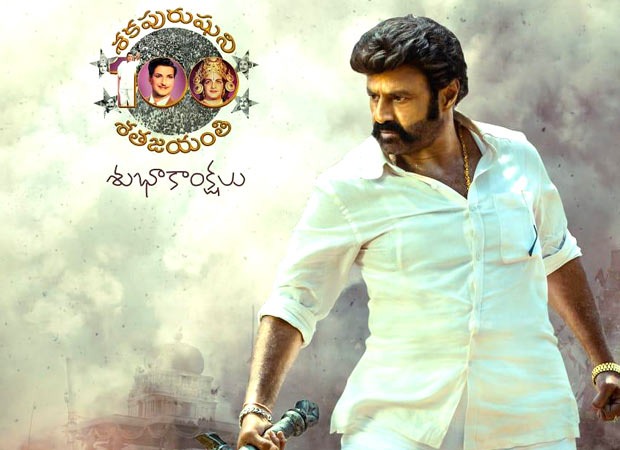 Wearing white and white, Balakrishna holds a specially designed bloody sword in his hand. Sporting a light beard and moustache, Balakrishna looks young and dashing here. We can observe a huge crowd at a holy place in the background.

#NBK107 will be high on action and the mass poster, too, designates the same. It’s a dream come true for Gopichand Malineni to helm his all-time favourite star Balakrishna and the director is presenting the star in a never seen before mass look and role. The film’s title will be announced soon.

While the first look poster amazed one and all, the new and mass poster promises high intense action in the movie. As of now, 40% of the shoot has been completed and the team is contented with the outcome so far. The film is being made in an uncompromised manner.

Kannada star Duniya Vijay is venturing into Tollywood with this movie where he is playing the antagonist. Varalaxmi Sarathkumar will be seen in a significant role. Naveen Yerneni and Y Ravi Shankar are producing the film on a massive scale. The film in the crazy combination will be technically solid with some noted technicians handling different crafts.

Music sensation S Thaman who worked for Krack and Akhanda is the music director for NBK107. Rishi Punjabi is taking care of the cinematography. Acclaimed writer Sai Madhav Burra provides dialogues, while National Award-Winning Craftsman Navin Nooli is handling editing, and AS Prakash is the production designer. Chandu Ravipati is the executive producer for the film that has fights by Ram-Lakshman duo.

ALSO READ: Nandamuri Balakrishna asks Vijay Deverakonda about his ‘rowdy’ image on Unstoppable: ‘You came, you saw, you conquered’