Mohanlal starrer Marakkar: Arabikadalinte Simham directed by Priyadarshan is all set to release in theatres across the world on December 2. The film will have a massive opening with 16000 shows worldwide. The makers have said that the film has already earned Rs. 100 crore through advance booking for the film. 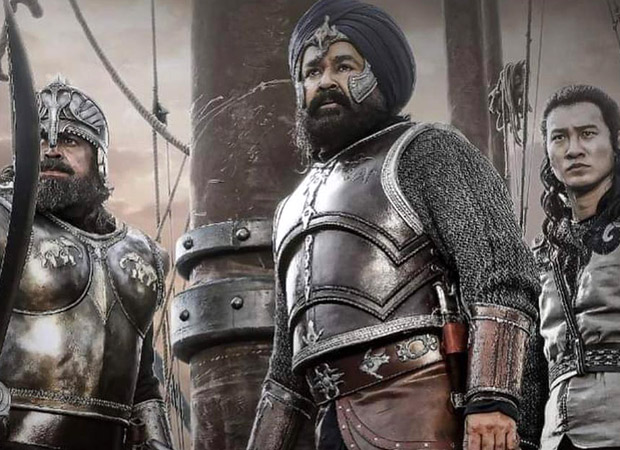 He also shared a poster that claimed that the film has already entered the Rs. 100 crore club ahead of the release of the film with advance bookings.

The release of the film was delayed for over a year by the pandemic and is now all set to grace the big screen. It is said to be one of the most expensive films of Malayalam cinema and if the trailer is anything to go by, the film promises to give the audience a visual treat backed by performances from Mohanlal, Manju Warrier, Keerthy Suresh, Mukesh, Nedumudi Venu, Kalyani Priyadarshan, Pranav Mohanlal, Suniel Shetty, and others.

Apart from Malayalam, the film will also be released in Tamil, Telugu, Kannada, and Hindi on December 2, 2021.