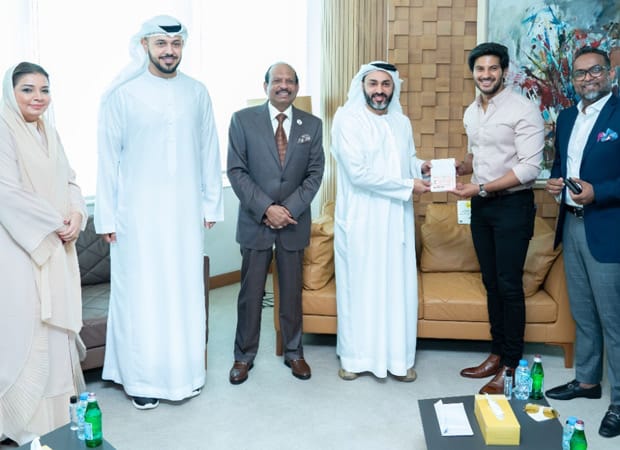 “It’s a privilege and honour to receive my Golden Visa from HE Saood Abdul Aziz in the presence of Mr. Yusuf Ali. It was wonderful to hear the future plans of the Abu Dhabi government to promote film and production activities and encourage new talent locally and internationally. Looking forward to productions and shoots in Abu Dhabi and the UAE,” he said in a statement.

On the work front, Dulquer Salmaan has an interesting lineup of films which include Hey Sinamika, Kurup, and Salute. He also has untitled films with directors Hanu Raghavapudi, R Balki, and Joy Mathew.